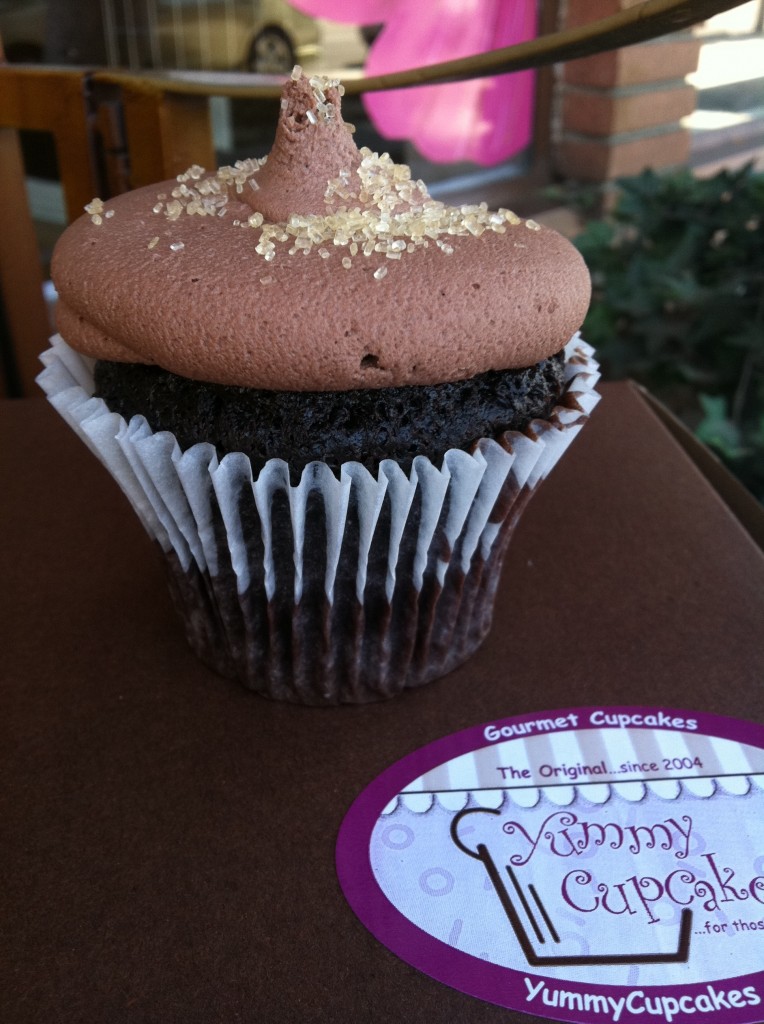 I’m eating lots of organic fruits and veggies tonight to make up for my mid~afternoon indulgence.

I had a scrumptious vegan chocolate~chocolate cupcake from Yummy Cupcakes this afternoon.

Yummy Cupcakes has several locations throughout Southern California and each bakery usually has at least two vegan cupcakes to choose from.

So far I’ve tried chocolate~chocolate, vanilla~vanilla, french toast, snickerdoodle, coconut, red velvet raspberry and brown sugar cinnamon! The one I’m most excited to try is their vegan blueberry cream cheese cupcake! And according to their calendar, they’ll be baking that flavor tomorrow!

Next week, I’m off to gobble up some vegan sweets at Babycakes NYC in Los Angeles! Mmmm!