Woman facing 6 Months in Jail for filming Animal Abuse at a Slaughterhouse – all charges DROPPED!

Great news! All charges against Amy Meyer have been dropped!

If you’re out of the loop on the story, here’s the gist of it, in Amy’s own words: 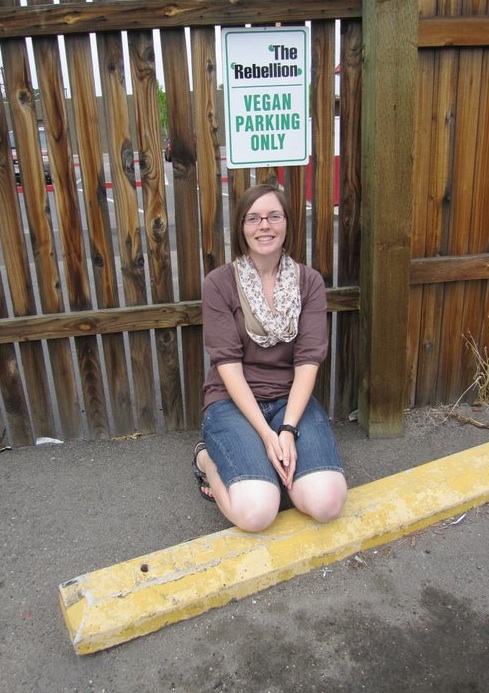 “I visited the Smith Meatpacking Slaughterhouse in Draper, Utah because I have heard numerous reports that any bystander standing on the public thoroughfare could witness the horror of cows struggling for their lives as they were led to their violent deaths. What I saw was upsetting, to say the least. At all times while I documented this cruelty, I remained on public property. I never once crossed the barbed wire fence that exists to demarcate private and public property.”

Despite being on public property, Amy Meyer, 25, was charged with a class B misdemeanor for agricultural operation interference – a crime punishable by up to 6 months in jail! Prosecutors filed the charge in Draper’s justice court Feb. 19 after Meyer reportedly used her cell phone to film the Dale T. Smith and Sons Meat Packing Co. 11 days earlier.

Amy was the first person in the U.S. to be charged under an “Ag Gag” law, but I doubt she’ll be the last.

If you’re interested in finding out more information on this issue, Columbia School of Law is holding a special panel discussion on the implications of Ag-Gag laws, which outlaw the taking of photos & videos on industrial farms that would document animal abuse as well as workers’ rights violations & environmental problems. It will be streaming LIVE today from 7-8:30pm EST. You can watch HERE. 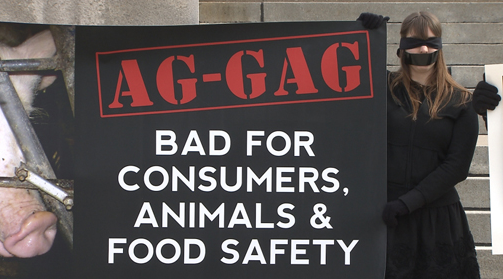 The new Ag Gag laws should outrage you from both a human rights AND animal rights standpoint. And if you don’t have one in your state, one may be coming soon…

This year, under the pressure of BIG Ag lobbyists, ten more states have introduced anti-whistleblower bills: Arkansas, California, Indiana, Nebraska, New Hampshire, New Mexico, Pennsylvania, Tennessee, Wyoming, and Vermont. If slaughterhouses have nothing to hide, and are acting with the law, why are they SO scared of someone filming footage while standing on PUBLIC property? How these laws can pass in ANY state, just blows my mind!

Thank you to ALL of you for being a voice for the voiceless.

And a special thank you today, to the wonderful, Ms. Amy Meyer.

← Why vegans LOVE the Natural Products Expo! Take a look!
Happy Vegan Pizza Day! Here’s how I spent mine!! →