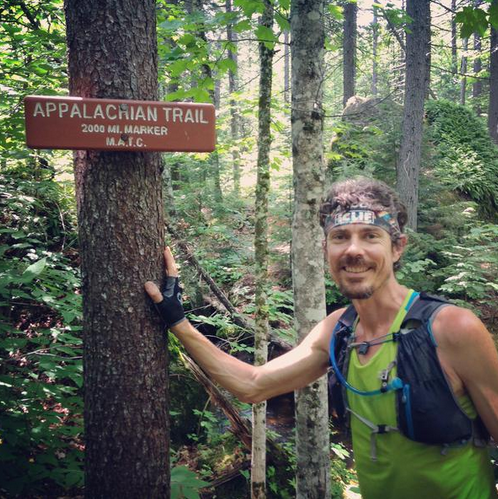 Scott Jurek just became the fastest person to finish a supported thru-hike on the Appalachian Trail, completing the 2,189-mile journey in 46 days, 8 hours, and 7 minutes! That’s three hours faster than anyone else has ever completed the incredibly long and strenuous hike.

Jurek started on Springer Mountain in Georgia, on May 27 and finished today on the summit of Mount Katahdin, Maine, averaging almost 50 miles a day, crossing 14 states, and enduring 515,000 feet of elevation change. And to really drive the point home as to how fast that really is, the Appalachian Trail Conservancy, which oversees the trail’s maintenance, “recommends people take five to seven months to attempt a thru-hike.”

If you’re wondering where 41 year old Jurek gets all of his energy, here’s the scoop:  PLANTS! He says a plant-based diet “isn’t an elimination diet but an inclusion diet” and when you see what he eats, it’s easy to understand why. According to a recent interview with author Mark Bittman, Jurek “often enjoys smoothies made from almonds, bananas, blueberries, salt, vanilla, dried coconut, a few dates and sometimes brown rice protein powder” and big salads for lunch and dinner with “whole grains, potatoes and sweet potatoes, and usually beans of some sort or a tempeh-tofu combination.” Sound good to me! 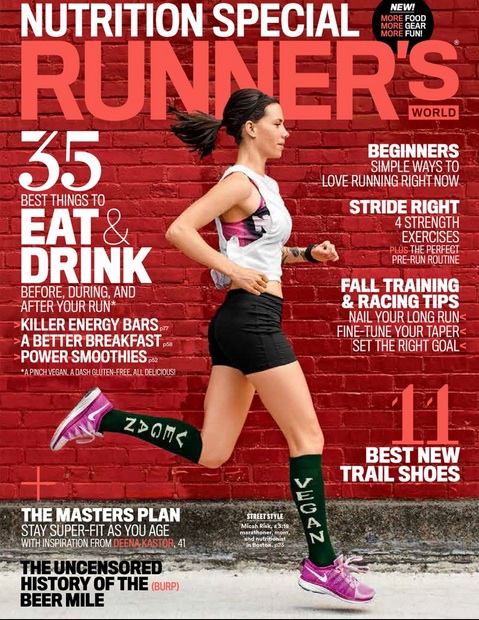 And this isn’t the first big win for Jurek! Amongst many victories, he’s won the Badwater Ultramarathon –  a 135-mile race that started in Death Valley (temps reached 120 degrees!) and finished halfway up Mount Whitney.  He also finished second at the World 24-hour Run Championships in Brive, France, running more than 165.7 miles over 24 hours to win the silver medal – a record finish for an American! Again, completely fueled by plants. No eggs, no meat, no fish, no dairy for Jurek since 1999… none of any of the animal products that Big Ag and their lobbyists have been promoting for decades as necessary for folks to be healthy and strong.

Patrik Baboumian, won the title of “Germany’s Strongest Man” by winning the open division at the German strongman nationals. He also smashed the world record for carrying 1212.54 pounds over 32.8 feet. Sheesh, I can’t imagine moving that much weight one inch! 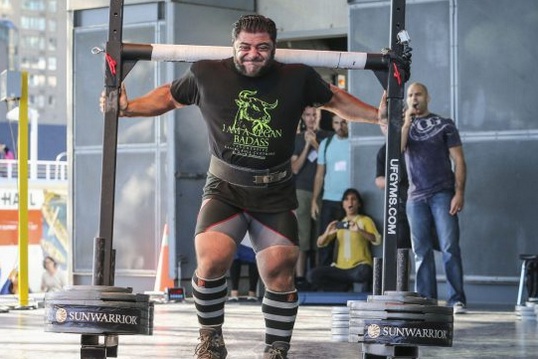 “This is a message to all those out there who think that you need animal products to be fit and strong. Almost two years after becoming vegan I am stronger than ever before and I am still improving day by day. Don’t listen to those self proclaimed nutrition gurus and the supplement industry trying to tell you that you need meat, eggs and dairy to get enough protein.  There are plenty of plant-based protein sources and your body is going to thank you for stopping feeding it with dead-food.  Go vegan and feel the power!” ~ Patrik Baboumian

And so today we congratulate yet another amazing athlete who fueled his incredible physical endurance by consuming an abundance of beautiful food from plants.  Thank you for not only setting an athletic record, Scott, but for setting the record straight: you don’t need to eat animals, or their bits and pieces, to be healthy, strong and victorious! HURRAY!!!

Plant STRONG for the WIN!

← I Scream, You Scream, We all… Ok, that’s enough screaming. Check this out!
Vegan Fast Food has Arrived! Amy’s Drive Thru Now Open! →