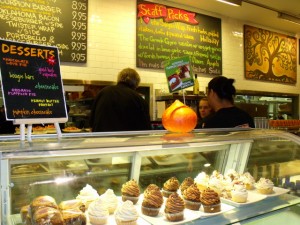 There are lots of places where you can buy vegan cupcakes for a sweet treat these days! (thankfully!) Even bakeries that carry non-vegan cupcakes often have a few vegan flavors to choose from!

Vegan cupcakes are offered in a huge array of creative flavors! Yummy Cupcakes’ flavors include Blueberry Cream Cheese, French Toast, Red Velvet and Snickerdoodle! Bake You Happy (winner of Cupcake Wars!) offers exciting vegan flavors too, like Cookies & Cream! Speaking of Cupcake Wars, did you see the ALL vegan episode?? 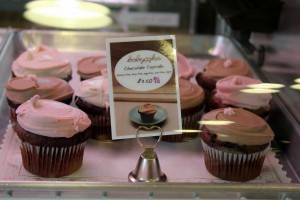 If you have a favorite bakery that offers vegan cupcakes, but is not listed, please leave a comment below! The more the merrier! 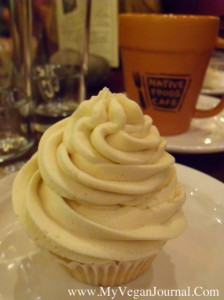 If there’s no vegan cupcake bakery near you and you HAVE to have a cupcake, check out Duncan Hines Cake Mixes! Believe it or not, SOME of the flavors like Yellow Cake, Red Velvet & Lemon Supreme are actually vegan! (shocking, I know!) & you can make cupcakes with them! Just mix in about 3/4 of a smushed ripe banana in lieu of the eggs & voilà! Ener-G Egg Replacer & Flax Meal work really well too! Experiment and see what you like best! Check out the My Vegan Journal Egg Replacer Page if you need more cooking ideas!

The cupcakes with strawberries on top with hearts around them were made with a Duncan Hines mix & smushed bananas. I made the holiday cupcakes (in the basket) also with a Duncan Hines cake mix, and used EnerG Egg Replacer. Both came out great! Although, I must admit, I’ve since stopped using cake mixes, because I think cooking from scratch is healthier. Cake mixes are usually full of preservatives, too much sugar, artificial ingredients and flavors – but they’re a good, inexpensive, easy option if you’re new to being vegan and want to experiment with replacing dairy and eggs. 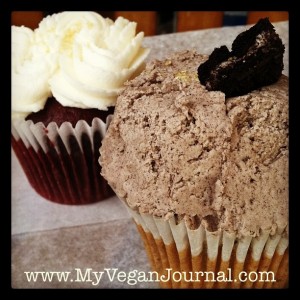 If you need an idea for a topping, check out the vegan frosting I found at Trader Joe’s!

For those you have time and would prefer to make a vegan cupcake from scratch, check out the EASIEST VEGAN CUPCAKE RECIPE! Right —> HERE! When you get to the recipe, click on the infographic and the image will get bigger & will be easier to read. It’s super cool!

And there’s a great little vegan cupcake book called “Vegan Cupcakes take over the World” by Isa Chandra Moskowitz & Terry Romero and they have a few vegan cupcake recipes on their website: Post Punk Kitchen too! Remember, you can always go to amazon and click on the photo of the cookbook where it says “look inside” to get a peak at the recipes! Bon Vegan Sweeeeeet Appétit! 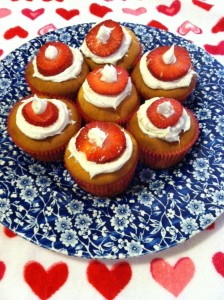 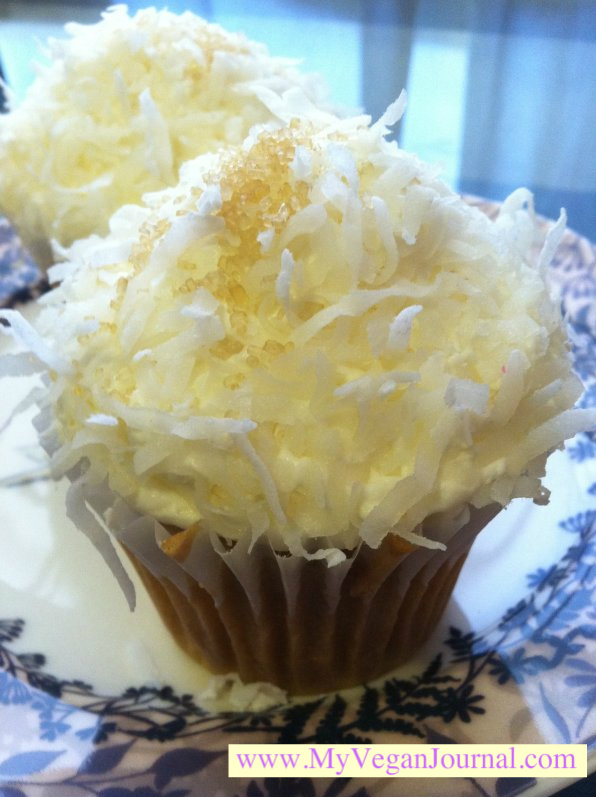