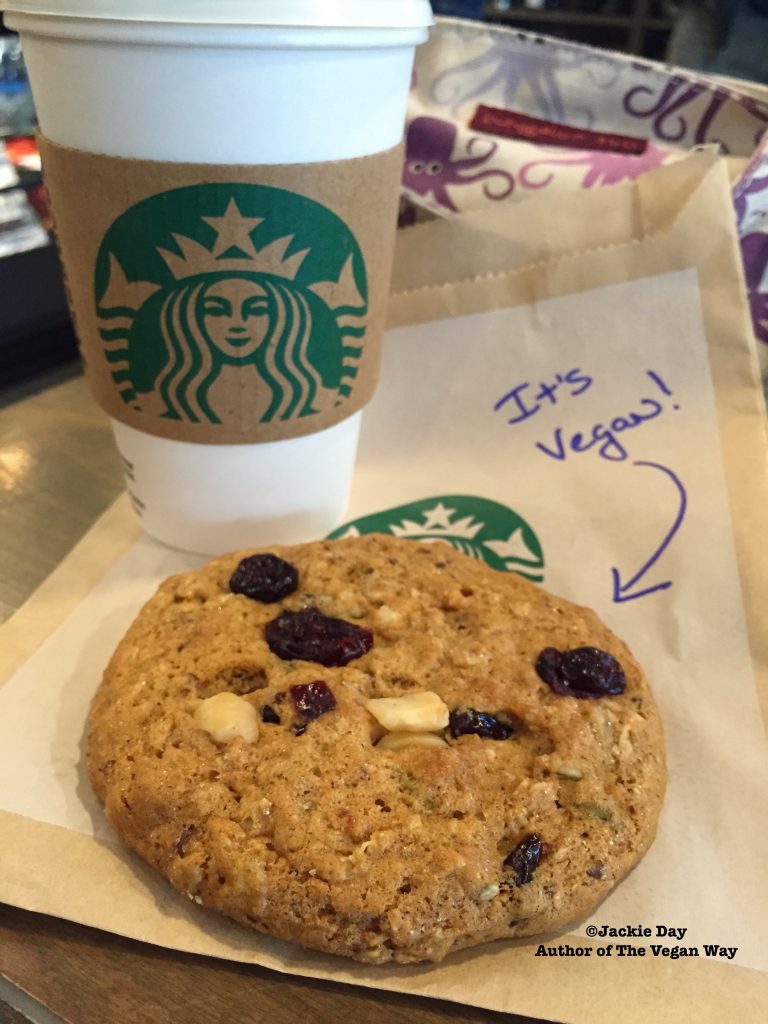 We did it! Thanks to popular demand, today Starbucks launched vegan cookies in their bakery case nationwide!

Every time I go to Starbucks I ask if there’s anything “new” that’s vegan, and after asking for YEARS, today’s barista, who happens to also be VEGAN, replied,

“We have a new vegan macadamia oat cookie! But it already sold out!”

Music to my ears!! They are SO popular they already sold out for the day! YES!

The Starbucks barista was kind enough to find one in the back for me to try, and it’s scrumptious!

And what’s extra cool is that Starbucks has it labeled VEGAN on its website… none of this “plant-based” because we’re worried about the V word stuff.  Full on VEGAN! 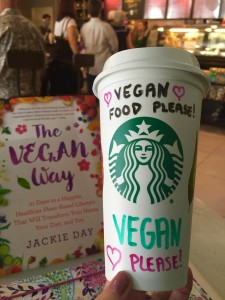 You don’t even have to call Starbucks to ask if the “natural flavors” are vegan; they are! I really like the pumpkin seeds they added to them, too!

I spoke with a Starbucks rep and she said the more we demand vegan food, the “more and more we’ll make it!” And I believe it!

These yummy cookies come on the heels of Starbucks announcing new vegan lunch options set to launch later this year! AND, it sounds like some vegan chocolate chip cookies are in the works, too.

EVERYone is going vegan!