There’s no need to put a dead bird on the table when you can enjoy vegan Savory Stuffed Turk’y! 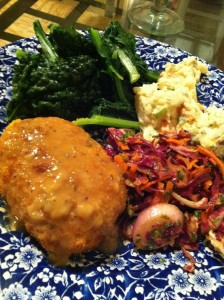 I’ve been looking for Gardein’s Savory Stuffed Turk’y for weeks now and finally found it at a Whole Foods Market in the San Fernando Valley and it was fantastic!

You get two stuffed Turk’y pieces per package and a generous packet of gravy too! Each one has 22 grams of protein (yowza!) and only 220 calories.

I served the stuffed Turk’y up with some vegan potato salad, organic dinosaur kale & onions and a purple cole slaw & carrot salad. It was great! The texture was just right, the gravy was rich and the cranberries in the stuffing gave it the perfect zip! 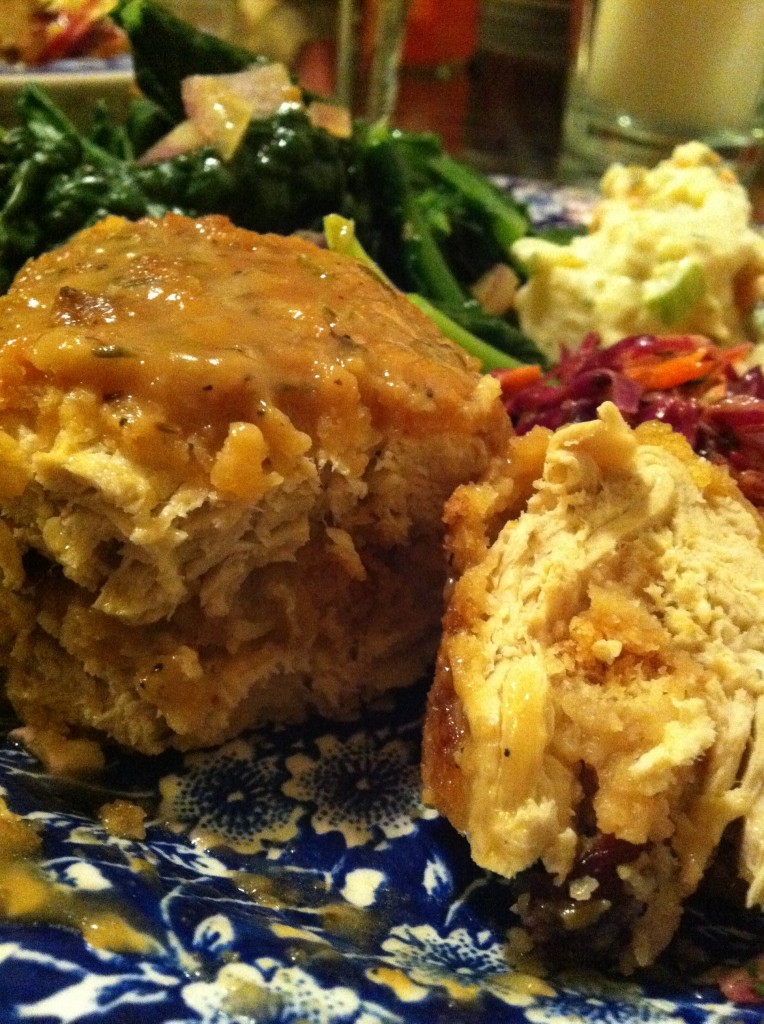 Btw, the organic dinosaur kale (my favorite) is on sale at Southern California Whole Foods Markets right now for only $1.50, and they’re nice sized, super fresh & crunchy bunches! I really need to dedicate an entire blog post to kale! If you haven’t tried it, you should really give it a go! 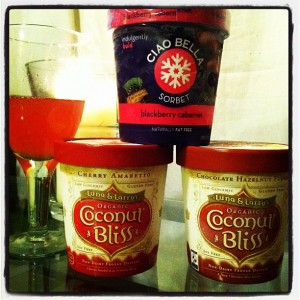 For dessert, we enjoyed some nice vegan ice creams and sorbet. I was happy to find the yummy Cherry Amaretto ice cream by Coconut Bliss that we recently tried in Portland at a local store.

Not sure what my favorite flavor is yet though…

Isn’t it nice that there are so many vegan ice cream options now, that it’s hard to pick just one? SO awesome!

If you don’t have access to vegan ice cream, try making some!

All you have to do is slice frozen bananas, freeze them, then blend them with a teeny tiny bit of almond milk and whatever other flavors you’d like, such as blueberries, or vanilla extract.

It’s really tasty, easy & looks like “soft serve”! That’s what I do with bananas that I forget to eat. Now you don’t need to throw them out! Just chop ’em & pop them in the freezer for future sweet treats!

P.S. Gardein has a coupon on their facebook page today!! $1 off! Sweet!