Ten Vegan Things to be Happy about Right Now 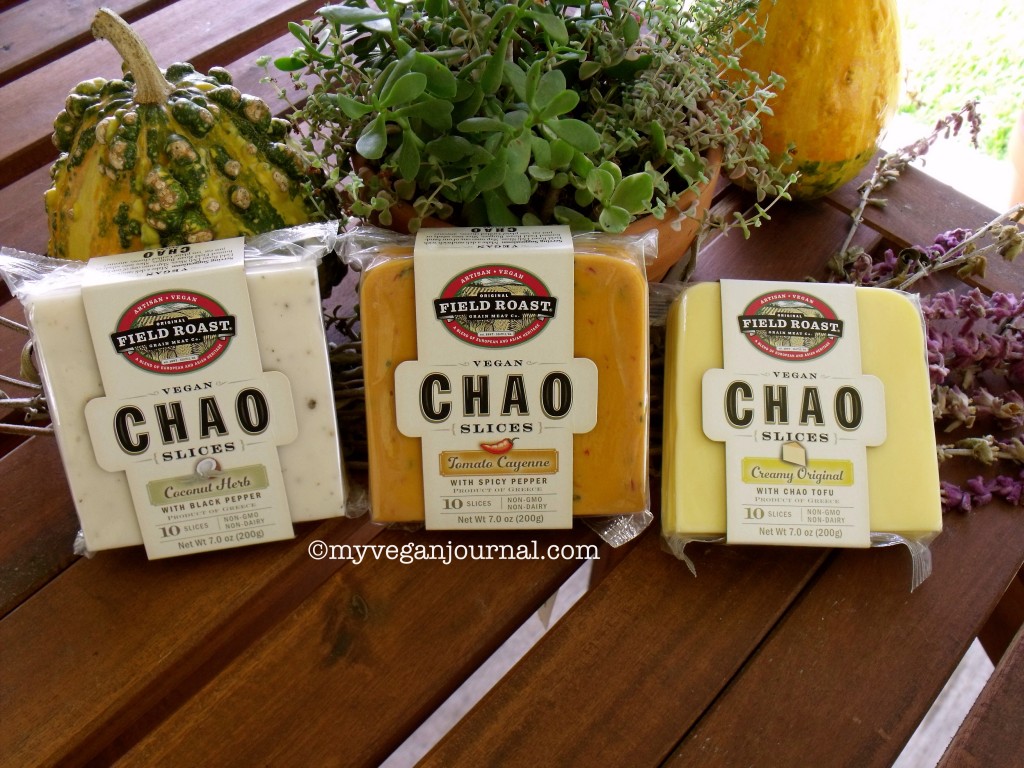 Every so often I get really down thinking about all of the suffering in the world, and it can be pretty draining.  So once in a while it’s good to focus on all the great things that are happening – right now – for the animals, the environment and human health too! So here’s a good daily dose of “feel good” happenings to get your week off to a great start.  And you don’t even have to be vegan to think they’re awesome!  So, here we go!

There are so many delicious, new vegan cheeses popping up.  I can barely keep track of them all! I recently tried all of the flavors of Chao Cheese (Thanks Field Roast!) and the Coconut Herb is my favorite. It’s so good that I actually eat it by the slice – just by itself! It’s good all melted & gooey on grilled cheese sandwiches too. Field Roast was kind enough to send me a few packs, but I’ve bought a lot more since then on my own… two vegan thumbs UP. 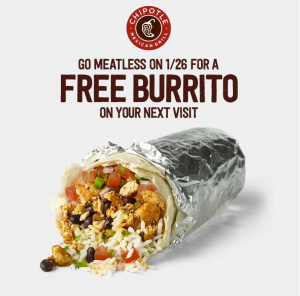 Don’t forget, today, Monday, January 26th, you can go to any Chipotle in the US or Canada, order our organic tofu Sofritas and then bring your receipt back on your next visit – from January 27th through February 28th, 2015 – for a FREE burrito, bowl, salad, or order of tacos of your choice. The massive Chipotle campaign to get folks to eat their vegan burrito has been just fantastic! I’m heading out to get one as soon as I’m done writing this blog post!

3) SeaWorld is Going Down, Baybee! 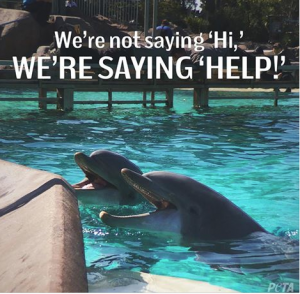 SeaWorld’s CEO is OUT! Good Riddance! This came on the heels of SeaWorld’s market CAP falling by over $1 billion, and its stock dropping over 50% in the last year! Cruelty isn’t entertainment! It’s time for this sadistic horror “show” to come to an end! The Miami Dolphins just severed ties with SeaWorld too. Ha! And you know what else makes me happy? The San Francisco Board of Supervisors passed a measure which states that cetaceans (whales, dolphins and porpoises) have the right to be free from captivity and that they “have the right to remain unrestricted in their natural environment.” YES! The Board cited the complex emotional and intellectual capacities of cetaceans, as well as the documented psychological stress and high mortality rates caused by captivity at marine parks like SeaWorld. 1st city in the country! I hope many more follow San Francisco’s lead!!

I try to avoid GMOs and palm oil – both of which are in Girl Scout cookies, but I’m still super excited that all Thin Mints are now vegan!! And the animals are happy about it too!

You don’t hear about Angora in the news very much, but Angora is hair that’s ripped off of the skin of soft bunnies.  They need it; we don’t. Thankfully the word is getting out and H&M, Calvin Klein, Ted Baker, French Connection, All Saints, and Tommy Hilfiger have ALL agreed to stop selling it! Hurray! 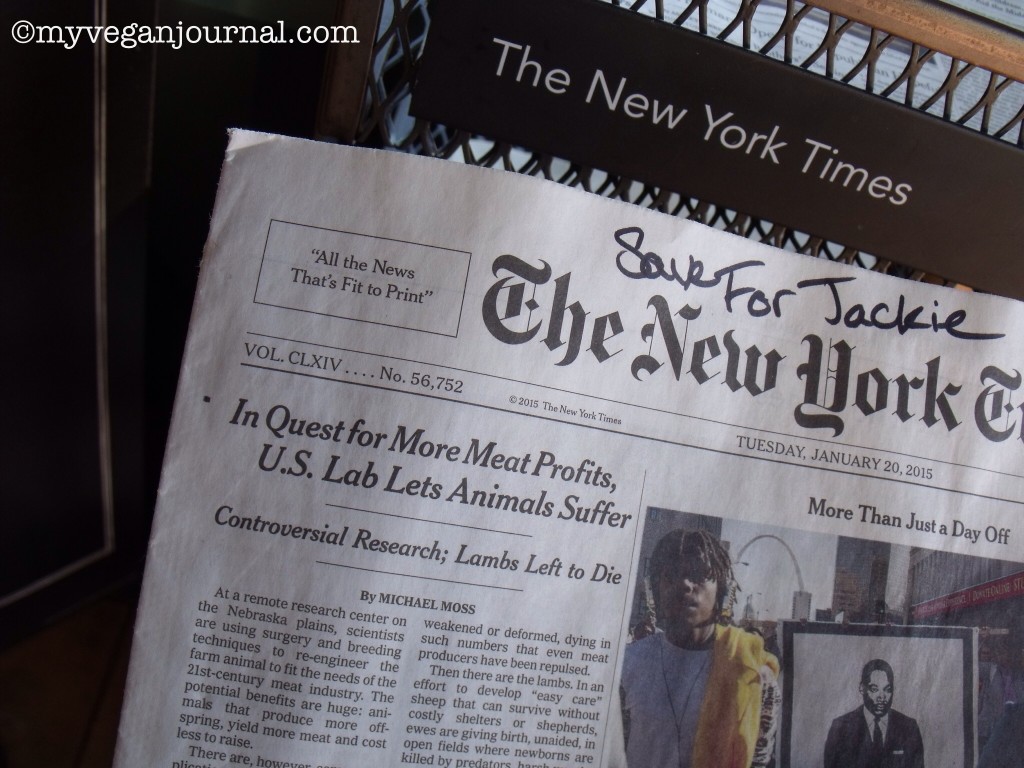 The Meat Animal Research Center, a federal facility where lambs, pigs and cows are being subjected to horrifically cruel breeding experiments, has been exposed in a BIG way! (Who knew this place even existed?! Pretty sure the sickos running it are those who really need to be “researched.”) The news made the front page of the New York Times and now the USDA is investigating the abuse and instructed staff to create an updated animal welfare plan within 60 days. Any day animal abuse is exposed on the front page of the NY Times, is a good day!

It exists. And that makes me happy.

8) Another Experiment Comes to an End

Horrifically cruel sound-localization experiments on cats at the Univ. of Wisconsin–Madison (UW) have come to an END. No more drills into their heads! The federal grant money has expired, the lead experimenter has retired, & the lab just closed its doors for good! The last 4 cats in the lab have been adopted into homes. The campaign to end this has been going on for years! Even Actor James Cromwell got involved & was arrested after interrupting a UW board meeting over the experiments . Finally, no more! 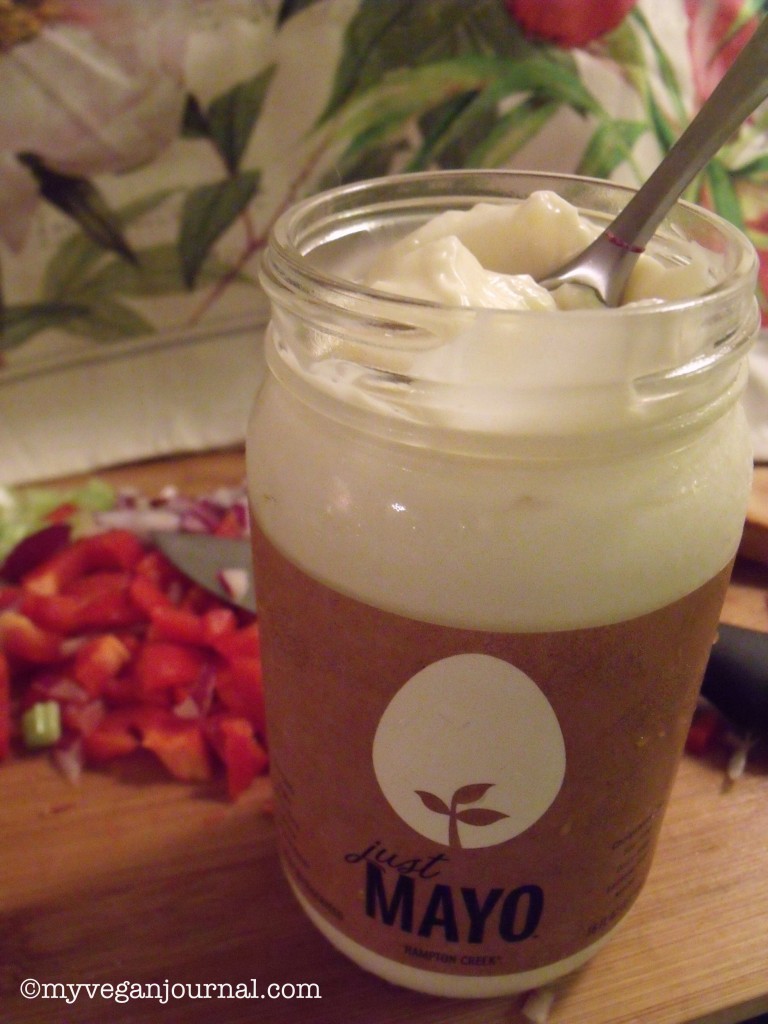 Remember the lawsuit against Hampton Creek’s “Just Mayo” claiming “false advertising” because it didn’t contain eggs?! Well, in case you didn’t hear the news, Unilever dropped the lawsuit! As Josh Tetric, CEO/Founder put it, “Hampton Creek was founded to open our eyes to the problems the world faces. This moment has only validated why.” ABC News summed it up with this zinger, “Unilever ended up with egg in its face over the matter when it turned out some of its products aren’t exactly mayonnaise either.” Hampton Creek (new start-up): 1, Unilever (a 60 billion dollar company): Zip!

Need I say more? Goats in Coats, at Farm Sanctuary! It’s been cold in New York so they’re wearing their winter attire.  And this makes me VERY happy!! 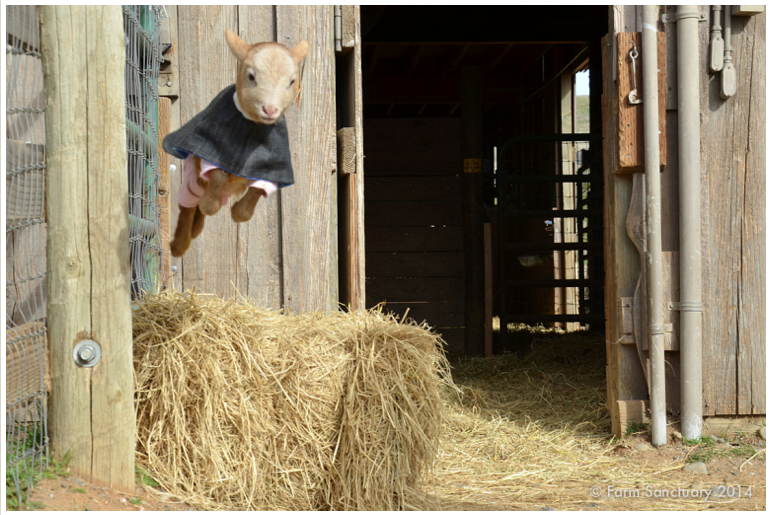 Also, for those of you who love hiking like I do, don’t forget about the FREE National Parks Days! No entrance fees!

“You just can’t beat the person who won’t give up.”
~ Babe Ruth