So, this vegan walks into a Comic Con… 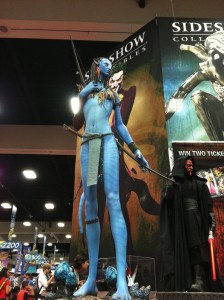 And she can’t find anything vegan! No comic books with vegan heros that save the world. No real life vegan action figures or vegan vixens running around the convention center to take pictures with. I couldn’t even find any toys or games involving vegan themes, like Charlotte’s Web or Bambi. And no vegan cupcakes?! OK, that would have been a stretch, but still… no vegan cupcakes. 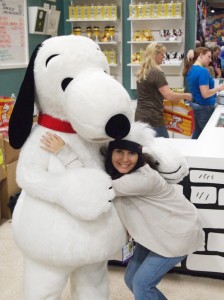 Admittedly there were lots of vegan swimsuits, vegan wallets and vegan tees that were not made from animal products. That is if you want eyeballs and fangs on your bikini. Or skulls and bones on your wallet. Or a shirt that says “Be the trouble you wish to see in the world.” Boy, I thought my husband was really going to have to make up for dragging me down here. “That’s it, you’re spending 10 hours in a fabric store with me for this!”

But then I found Snoopy, and things were looking up! I cuddled and dragged my Snoopy around as a child until his head fell off. I can’t remember how many times my mom had to sew his head back on, but boy did I love him. I remember our real estate agent gave him to me when I was 4 years old just before we moved to Yugoslavia. I always wonder if people ever realize the lasting impact a token of affection or a few kind words can have on you, years after they have left your life. Hopefully so.

We were able to hold some nifty gadgets from Star Trek, such as the communicator and geological tricorder. I guess for Trekkies that’s kind of cool. I had no idea what I was holding, but my husband and the Trekkies were more than happy to explain. Did you know Michael Dorn who plays Lt. Commander Worf from Star Trek: The Next Generation is vegan? Now that’s cool.

We also got a super cool picture of the three ghostbusters. Who you gonna call?! Ghost! Busters!!
I wasn’t ready for the picture. But Waldo was! Where’s Waldo? 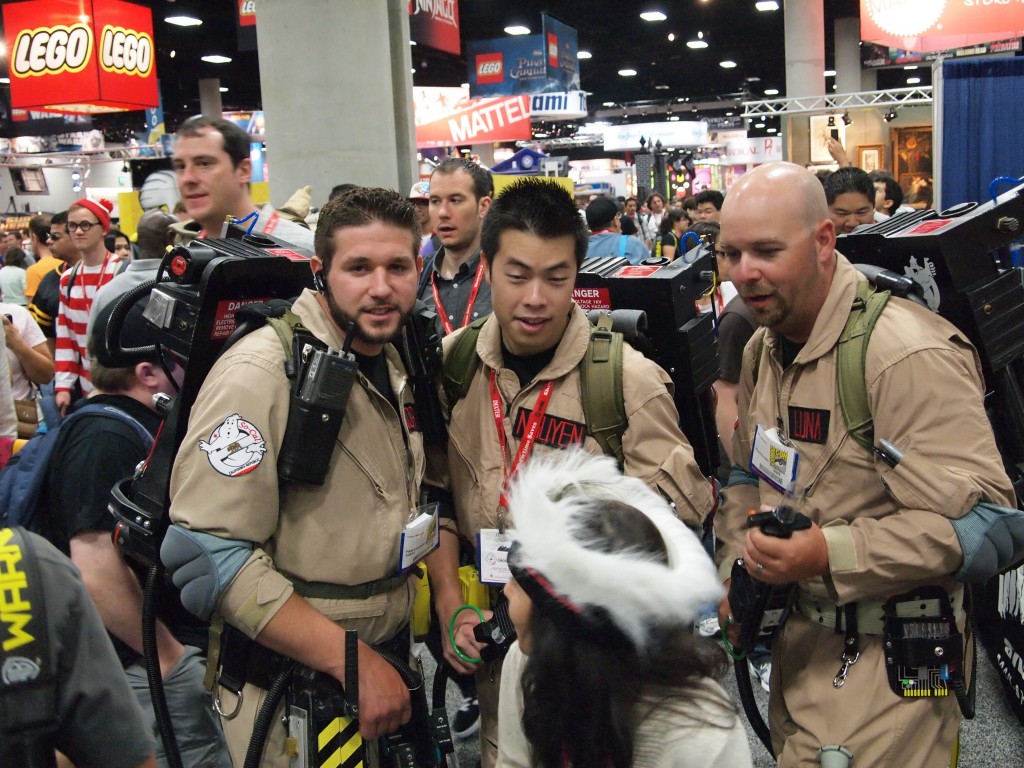 I don’t know if Waldo is vegan, but I do know there’s a Waldo Pizzeria in Missouri that serves vegan pizza with Daiya & Follow Your Heart cheeses and has vegan oreo ice cream! Sweet! 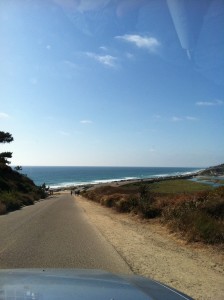 All and all, the 2011 San Diego Comic Con was actually pretty fun! And as an added bonus, we drove along a beautiful patch of La Jolla coastline on the way home and stopped at Mother’s Market in Santa Ana for a yummy vegan dinner. 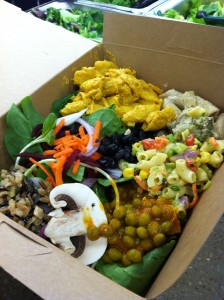 Mother’s Market has a serve yourself buffet of all sorts of vegan dishes and a really nice salad bar. I had their vegan mac & cheese, vegan penne with tofurky sausage, curried peas, macaroni salad, black beans, wild rice and whatever else I could pile into my pay by the weight box. Ah, if only I could load it up with only the light stuff. Ha! No such luck.

They also have an array of all sorts of vegan treats including Sweet & Sara Marshmallows, and a beautiful assortment of cakes, cookies and pies!

They didn’t have my favorite vegan pumpkin pie cheesecake this time, so I tried their vegan raspberry cheesecake. So good! 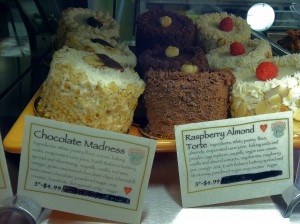 Mother’s Market has an awesome juice bar too! They have seven locations scattered throughout Southern California. It would be nice if they had 7000…throughout the world.

So, this vegan walks into a Comic Con… and wound up having a surprisingly vegan~tastic day!

← Spa Water to the Rescue! Aaaahhh…
Have you tried a lemon cucumber before? →

1 comment for “So, this vegan walks into a Comic Con…”