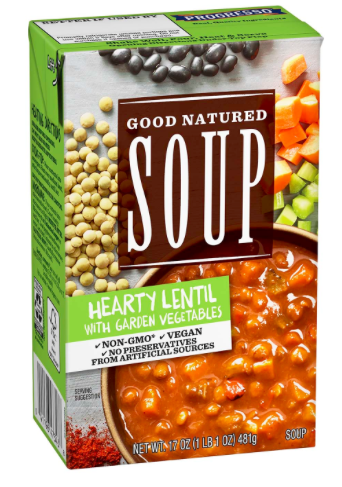 Progresso, owned by food giant General Mills (16.6 billion in revenue, FY 2016!), has decided to make vegan soup!  According to their press release, they’re making the move because “consumers are more interested in plant-based diets.” Yep!

Now, I know a lot of folks can whip up a hearty vegan soup; I certainly love the soups I make, however, this is why this news is so darn tootin’ exciting!

We’re not talking about “Bertha’s Broth” or “Stan’s Stew” making a debut at Mom and Pop’s corner shop here, folks.  Progresso’s vegan soups will be appearing at mainstream supermarkets nationwide.  Soup lovers will have access to THESE yummies all over the place! 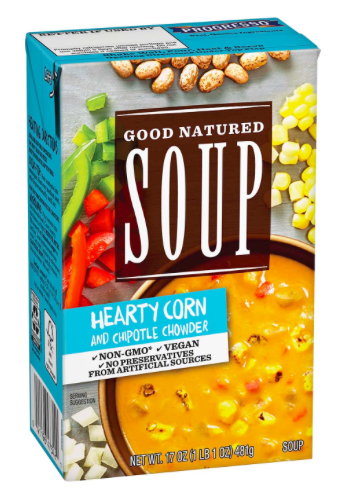 and Hearty Lentil with Garden Vegetables!

You know, that spot just about eye level, smack dab in the middle of the store, that screams “buy me, you hungry person you!” Yep.  Vegan Progresso will be right there! 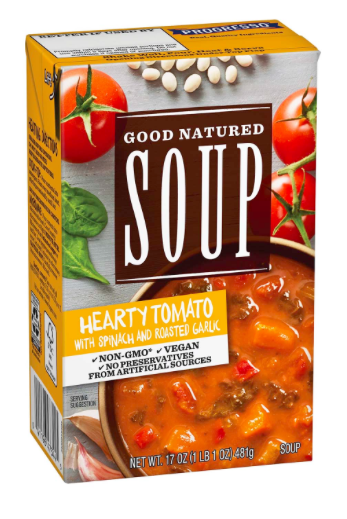 The Soup Cartons Are Boldly Emblazoned With The Word VEGAN

And why does this rock? Because once again, it proves the word “Vegan” is a money maker, and food companies know it.  It’s what people want.

Sure, “plant-based” is great, but “vegan” means so much more; a seed of compassion will be displayed on every carton, just waiting to sprout. It’s even coupled with the warmhearted phrase “good natured.” Just think of how many times people will see those soup cartons, every hour, of every day!

The word “vegan” is now mainstream, just like vegan people are.

The world is going vegan, baybee!

OK, time to curl up with a GOOD BOOK (heehee), a blankie and a bowl of hot soup!

Jackie Day is the author of The Vegan Way: 21 Days to a Happier, Healthier Plant-Based Lifestyle That Will Transform Your Home, Your Diet, and You ~ St. Martin’s Press / Macmillan. “Writing in a playful and upbeat fashion, Day guides her readers through a day-by-day approach to living vegan… For those interested in becoming acquainted with “the vegan way,” this book marvelously succeeds.” – Publishers Weekly         [The Vegan Way will launch on October 25th, 2016!]