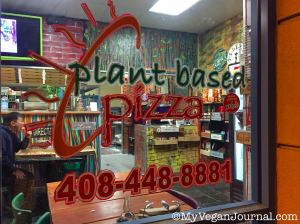 My husband asked if I would mind if he went with his buddy up to San Jose to see a new sci fi action hero kind of film that was making its debut. I said, “Sure! You should go. I’ll go too! Well, I’ll drop you off, but then I’m heading out for pizza!”

I love comedies, chick flicks, and psychological thrillers with an awesome twist or two, but science fiction movies based on action heroes really aren’t my thing.  Pizza, however, IS.  San Jose just happens to have a little place called Plant Based Pizza that I was anxious to try out, and I’m glad I did. I dropped em’ off at the theater, and within 15 minutes I was at my delicious destination. 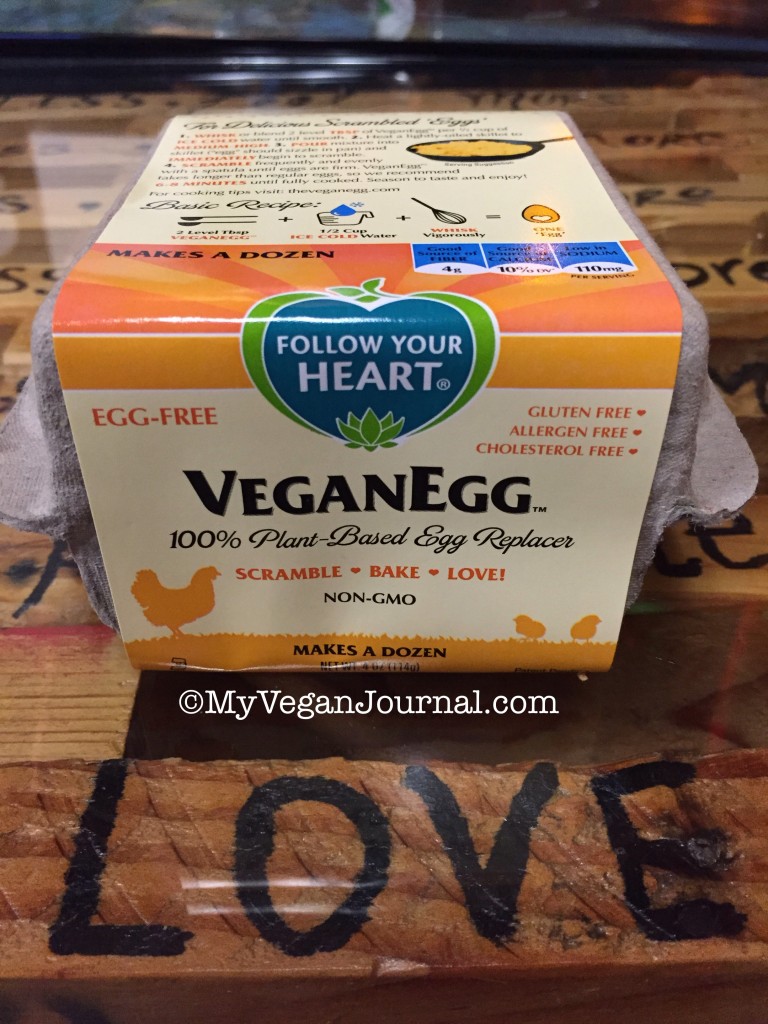 Plant Based Pizza is super cute; it’s filled with lots of heartwarming quotes on the walls, and it has a few nifty items beyond pizza to buy too: vegan candy, organic chips and even Follow Your Heart’s VeganEgg, which up until now, I had only found online. I’ll do a little write-up on VeganEgg soon, but for now… back to pizza!

Plant Based Pizza has a zillion toppings to choose from – lots of veggies, and plant based “meats” too. I ordered an extra large with white mushrooms, portobello mushrooms, pineapple and garlic – I also requested Daiya Cheese since my husband’s buddy isn’t vegan, and I thought he’d enjoy trying it. But honestly, you don’t need any cheese at all to make scrumptious pizza; even the folks in Napoli, Italy where pizza originated made “Pizza Marinara,” without cheese. 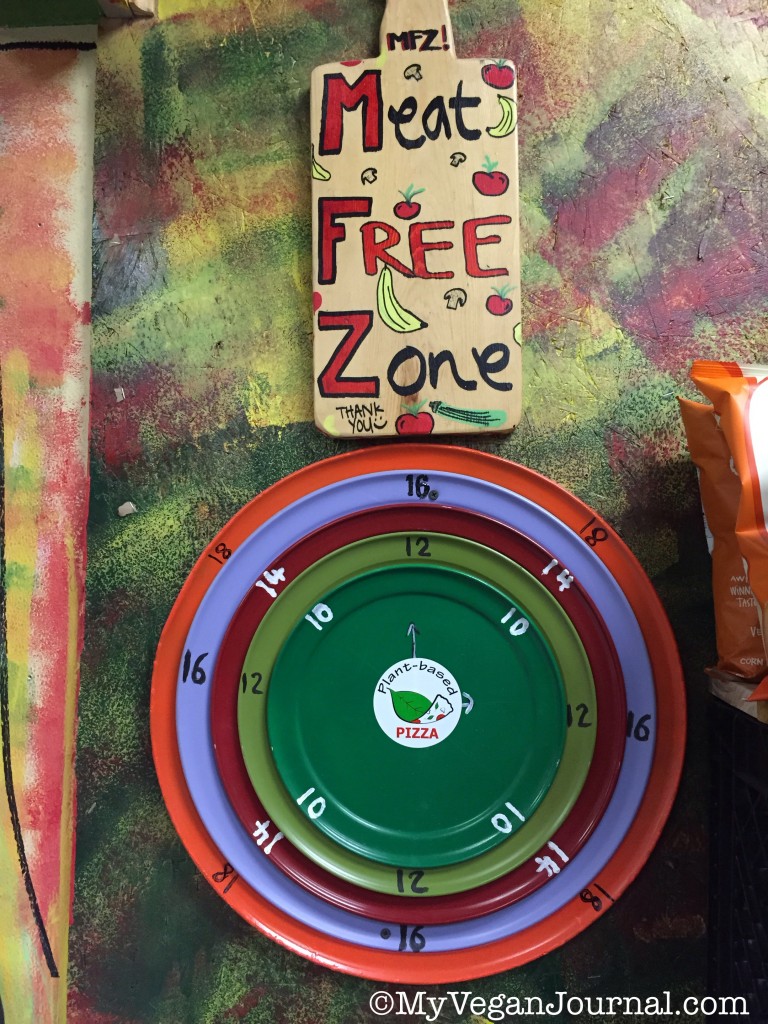 I noticed the couple next to me (while I devoured a piece of pizza before hitting the road) were enjoying “Jenga Garlic Bread Sticks” with fresh fruit smoothies.  YUM! They also make Teriyaki Kobe Steak burgers topped with pineapples and green onions and an Albert Einstein burger served on a baked sesame seed bun with grilled vegan steak, pesto, and vegan cheese.

As an extra bonus, Plant Based Pizza donates a portion of sales during certain days and hours to an animal sanctuary. When I was there, they were donating proceeds to PreetiRang Santuary, and this month they’re donating to Animal Place – both of which are great! 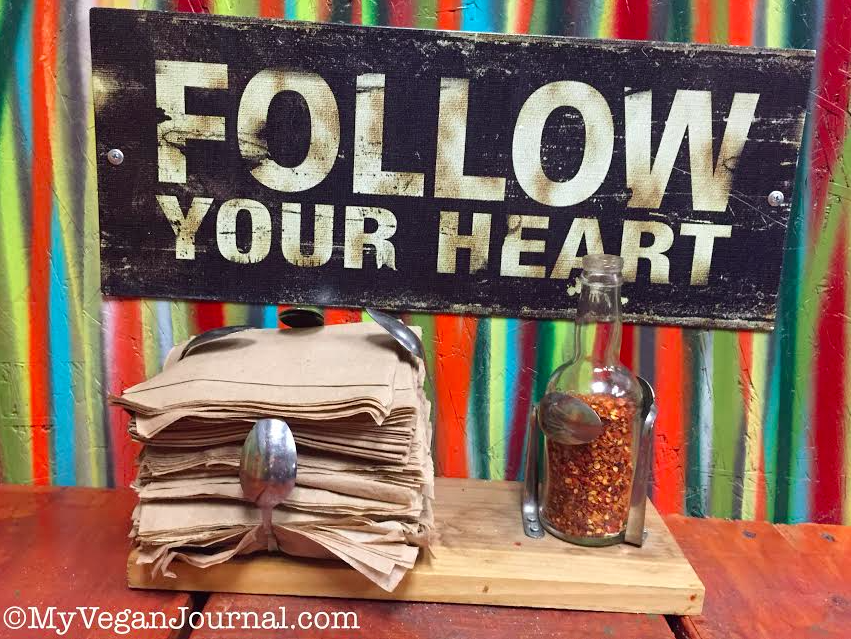 I bopped around town for a bit, and by the time the movie was over, I had a giant vegan pizza on the hood of my car waitin’ for the boys and they gobbled it up. A “Rooster Teeth” Sci Fi movie, followed by pizza in the parking lot – yeah, they had a great night alright. And the wife had a good night too. 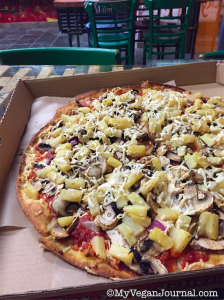 Here are a few more —> pizza parlors. I’m hoping one will be near you.

Want to make your own pizza, but short on time? Trader Joe’s and Whole Foods Market sell pre-made vegan pizza dough – and vegan sauce too.

And if you want to make pizza from scratch, it’s pretty easy if you have the time. There are vegan pizza recipes galore online; just google “homemade vegan pizza” and you’ll be good to go.

Buon vegan appetito! It’s SO easy to be vegan!