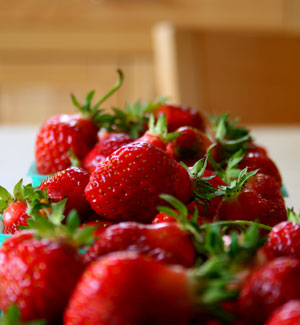 Vegan ice cream can often be expensive… or sometimes it contains too many ingredients that I’m not really in the mood for, especially when I’m trying to eat less processed foods. So here’s a super simple way to make your own vegan milk shake at home without vegan ice cream!

You know those bananas that ripened too quickly and are sitting in your fruit bowl turning brown? Well if you’re not in the mood for baking banana bread, chop them up, put them in a plastic bag and throw them in the freezer!

Once they’re frozen, toss them into the blender. I usually use between 1 to 2 bananas per shake. Then add a few chopped strawberries, 1-2 teaspoons of vanilla, 1-2 teaspoons of flaxseed meal (for fiber and Omega 3!) and about 1 or 1 1/2 cups of nut milk! I used hemp milk this time, but I usually use vanilla almond milk which is also yummy! There’s no need for sugar because the overly ripe bananas will add plenty sweetness! Once you’ve added all of your ingredients, blend until it’s just the way you like it! 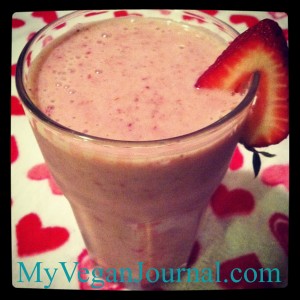 All of the suggested amounts are just that… suggestions! So feel free to adapt to taste ~ and of course, adjust the quantities to how many shakes you’re making.

It’s really good! And really easy! The only part you have to plan ahead for is freezing those bananas…

And you know what? By enjoying a vegan shake, you’re making the animals happy too! Not only do dairy cows prefer to not be permanently impregnated their entire lives, they would also like to enjoy their newborns for more than a few hours. They love their babies just like people do. 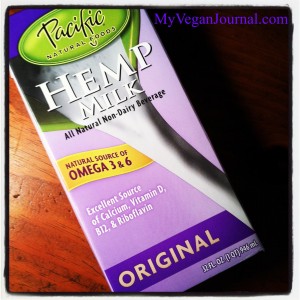 Did you know that after dairy cows give birth, the baby male calves are sent away to the veal industry within 48 hours to spend their entire miserable lives on a metal grate, confined in 23 out of 24 hours of darkness, without even enough room to turn around? When people drink dairy milk, they’re supporting the veal industry… usually without even knowing it. No need to do that, when there are so many scrumptious alternatives, like this vegan strawberry “milk” shake!

Good for the cows, and good for you too! Hurray!!

(and if you prefer to add greens to it, here’s a smoothie I made with —> Kale & Blueberries!