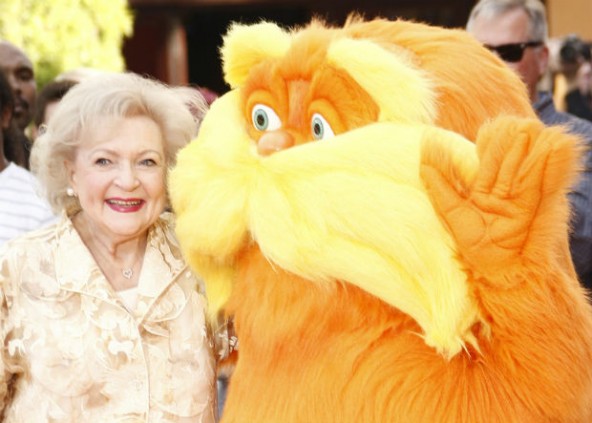 It’s nice when there’s some good news to report! I started off the week by letting everyone know that 98 dolphins were slaughtered in the “Cove” in a single day and that the “ag-gag” bill passed the Iowa House AND Senate, which if signed by the governor, will criminalize undercover investigations of factory farms {update: sadly, the governor just signed it}. It’s been a rough week for the animals. And a sad week for my heart. What’s wrong with people?!

Alas, some lighter news! It’s Dr. Seuss’ Birthday today! Hurray! I think it’s pretty fitting that “The Lorax” opens in theaters today too! I took my reusable grocery bags to Whole Foods Market last week and was able to score free tickets for me and my little nieces and nephew to see an advance screening of the film last night and it was FANTASTIC! 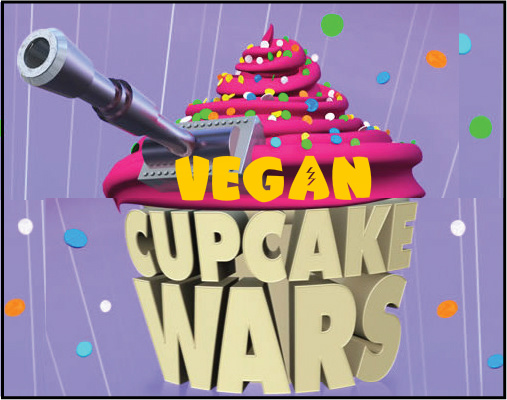 I laughed! I cried! I sang along with the tunes! And I’m a person who normally doesn’t enjoy “cartoony” movies. Betty White plays the grandma and let me tell ya, she is a hoot! Perfect casting! Two vegan thumbs UP!

“Unless someone like you cares a whole awful lot, nothing will get better. It’s not.”
~ The Lorax

And thanks to a heads UP from one of my very best friends, Moe in Minnesota, I’m happy to report that this Sunday’s “Cupcake Wars” will be entirely vegan!! 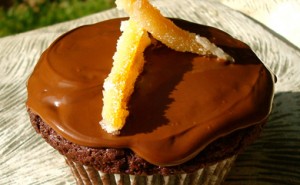 The scrumptious all~vegan showdown will air at 8pm Eastern and Pacific times on March 4th and will feature four vegan bakers! I’m certain it’s going to be a great show! Here’s a picture of Chef Coscarelli’s winning vegan cupcake from a previous cupcake wars! Crème filled Chocolate Orange and here’s the winning recipe! 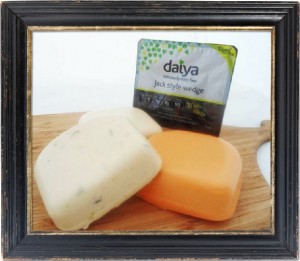 And there’s good news on the vegan “cheese” front too! Daiya Vegan Cheese, which makes yummy vegan cheese “shreads” that melt really well, is now producing cheese “wedges” that should hit the store shelves soon! For those who are unfamiliar with this vegan cheese, it’s made primarily from arrowroot & tapioca and currently comes in Cheddar, Mozzarella & Pepperjack. VERY exciting!

And did you know Peet’s Coffee sells vegan cookies? Chocolate Chip, Gingerbread (my favorite!) & Oatmeal Raisin. If you’re swinging by a Peet’s Coffee in the next few days, here’s a coffee coupon as well as details on how to get a free sample of Wayfare Foods vegan “bacon” bits! 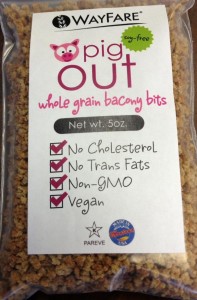 Lastly, if you’re a vegan “newbie” and you’re scrambling for ideas for dinner tonight, here are a few scrumptious suggestions to get your creative mind swirling a little bit! 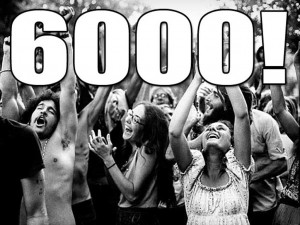 “I am the Lorax. I speak for the trees!”

Thank YOU for being a voice for the voiceless!

Btw, My Vegan Journal now has over 6,000 fabulous “fans!” LOVE it!! (not sure if they all look like the people this picture, but I thought it was a super groovy photo, and I know they’re definitely groovy, so there! xoxo)

← Fellow Vegan Natalie Portman “secretly” marries Benjamin Millepied over the weekend!
Excuse me, waiter! There’s a fish in my beer!! →