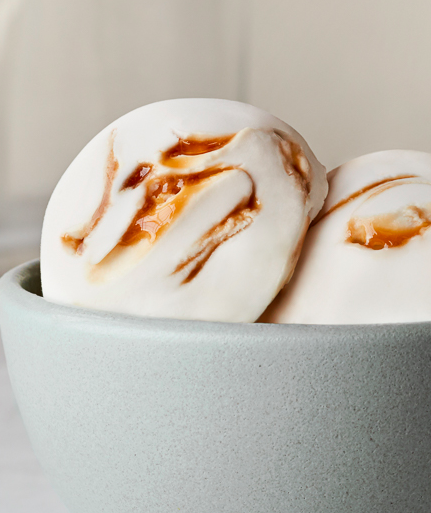 The new vegan ice cream is posted on the Haagen-Dazs website, along with all of the ingredients.

Although it’s available at my local Target, I called another Target store nearby and they didn’t have it in stock yet, so be sure to call first.  Also, you can search on the Haagen-Dazs website for stores that carry it, but I noticed it wasn’t fully updated.

So if you don’t see a store listed near you, still call just to be sure! You might just be in luck.

If anyone out there still isn’t convinced that there’s a huge paradigm shift to all things vegan, the explosion of plant-based ice cream, made without ANY animal products, should convince you otherwise.

We’re not just talking about small mom and pop start-ups here; we’re talking Target, carrying a vegan ice cream made by Nestle, on the heels of Unilever’s launch of lots of vegan Ben & Jerry’s ice cream and an assortment of vegan Breyer’s Ice Cream, too.

Even So Delicious, maker of my favorite vegan ice cream: Cashew Milk Salted Caramel Cluster (YUM!) was snatched up by Danone, a french company which generates over 22 billion dollars a year in sales.

According to Nielsen, in the 52 weeks ending April 29, U.S. non-dairy ice cream sales in the grocery and supercenter sectors surged 46%! 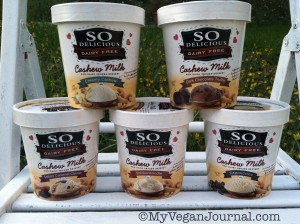 So even if you don’t like ice cream (are there such people?), after all a bowl of fresh fruit is much healthier (tis’ true!), there’s something to be happy about here, folks!

The world is going vegan in a very delicious way. Enjoy!