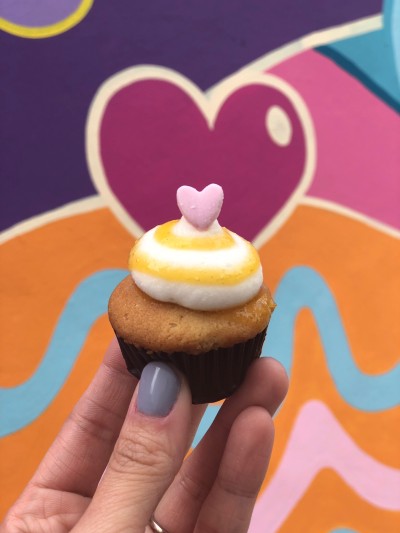 Vegan cupcakes have arrived at Starbucks, and they’re selling like hotcakes!

When I called one location early this afternoon, they were down to only three! Every Starbucks employee I spoke with said they were really good, too!

So how did this all happen? It was only a few weeks ago that I posted the photo of my Starbucks cup, pleading for more vegan options to be sold; a campaign started by Compassion Over Killing with the help of steadfast animal advocate and journalist, Jane Velez-Mitchell.

When I heard the news about the vegan passionfruit cupcakes, I had to find out more! Here’s my interview with the innovative cupcake creator and talented chef, Mariana Cortez.

Jackie Day: Congrats Mariana!  Did Starbucks reach out to you? Or did you approach them?

“Starbucks reached out to us. They were looking for a vendor partner in Miami because they were opening a new community store in Miami Gardens. They had a few options and companies to choose from but the only vegan and gluten free [treat] was our cupcake, and they chose us ! We started talking with Seattle representatives back in May and finally announced our partnership this past Friday October 13.”

Jackie Day:  Do you think Starbucks will expand the sale of vegan products throughout the United States?

“Yes, I think they are definitely going to see that they were missing the vegan and gluten free dessert option.
As a customer, I always wanted to get something vegan and gluten free but the options have been always limited to chips or a banana! Pairing the cupcake with my favorite coffee drink is for me as a vegan a dream come true.“

JACKIE DAY:  Did they put a time limit on the sale of cupcakes?  For example, will they only be sold until a specific date?

“No, they are being sold without a limit. The possibilities are endless and we are so excited!”

Jackie Day:  How long have you been vegan?

I became vegetarian in 2002 and vegan 6 years ago.

Jackie Day:  This is all so wonderful! How does selling your cupcakes at Starbucks make you feel? 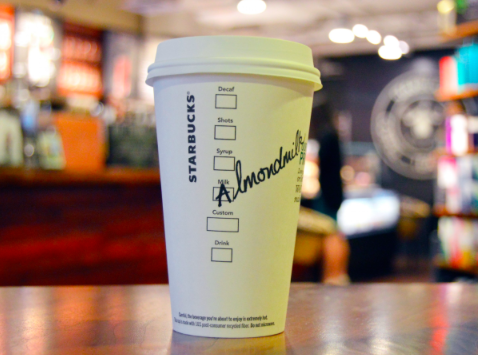 “I have always seen Starbucks employee culture and philosophy as a model to follow with my business, so to have them reach out to me for the local partnership was extremely exciting. I am so happy they love the product and see it as a great addition to their menu.”

I reached out to Starbucks to find out which specific stores carry the new vegan cupcakes, and here’s the list!

OK, Starbucks… send em’ to the West Coast now, will ya? We love VEGAN cupcakes here, too!