What side are YOU on?

I’m hoping you’re cheering for all sides, but that’s not what I’ve been witnessing lately.

How wonderful it would be to have a “one-sheet” detailing the exact steps and language needed to change the world in the fastest, and easiest way. We could run off copies and drop them from eco-friendly planes for all to read.

Hear ye! Hear ye! Do THIS, not THAT, and ALL will be well! And *Poof!* we’d have world peace, wellness and compassion!

Alas, the reason this will never be is quite simple.

We are ALL so very different!

We were raised in different environments, surrounded by different people, and we’ve all had different experiences that bring us to this moment in time.

What works for one person, doesn’t work for another.

What seems reasonable to a mother in California, may seem ridiculous to a father in Maine.

What appears easy to a teenager, might seem difficult to a CEO.

What sounds familiar to a cook in Portland, may sound crazy to a chef from France.

Someone’s goal may be to enjoy a healthy whole foods plant based diet, but might be taking a few little steps along the way.

And this is all A-OK.  Let’s put an end the “my way or the highway!” sentiment, for our world is complex.

We need to wear different hats for different occasions – and this includes using different strategies and language, too.

When I spoke at Portland VegFest I said “vegan” a heck of a lot! But when I ran into a group of doctors in the hallway when I was lobbying at our CA State Capitol last week, I didn’t ask them if they were “vegan,” I asked if any enjoyed a healthy “plant-based” diet… chatted for a bit, and then gently intermingled the lovely “vegan” word into our conversation. 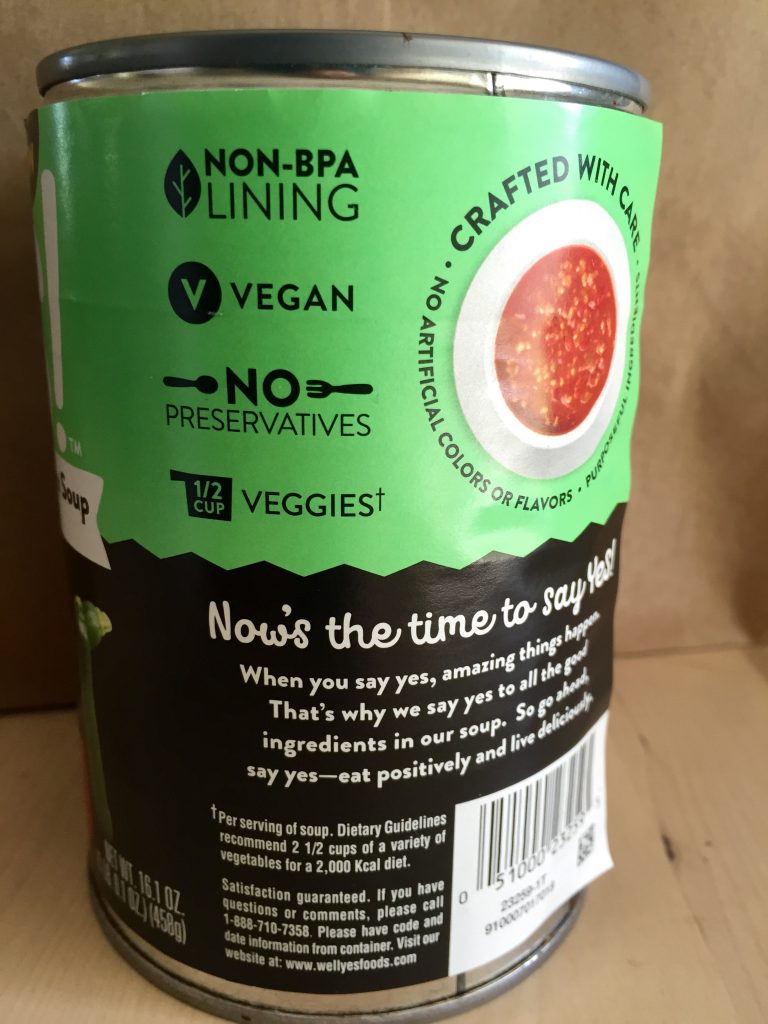 And, although a recent small poll found that the average American found the term “plant based” more appealing than “vegan,” it’s good to keep in mind, the vegan population is growing – and FAST (over 600% growth in just the last 3 years!). And for us – the rising populace – it’s very convenient to grab products quickly if they’re labeled “vegan.”

Look for the term “vegan” increasingly plastered on products because the term VEGAN sells.

Heck, even good ole’ Campbell’s Soup has “VEGAN” emblazoned on their vegan soup cans. I’m fine with companies doing their own market research to see whatever works best for them.

Miyoko’s cheese just made the switch from “nut product” to “phenomenally vegan” cheese, and business is booming. NICE!

And btw, those yucky prunes? They started to sell like vegan hot cakes once they changed the label to “dried plums,” so there really IS something to be said for the strategic use of words.

We need to recognize that, in addition to different terms, we desperately need the efforts of all vegans, too; even the angry ones (yep!), who believe it or not, change minds and hearts, too. 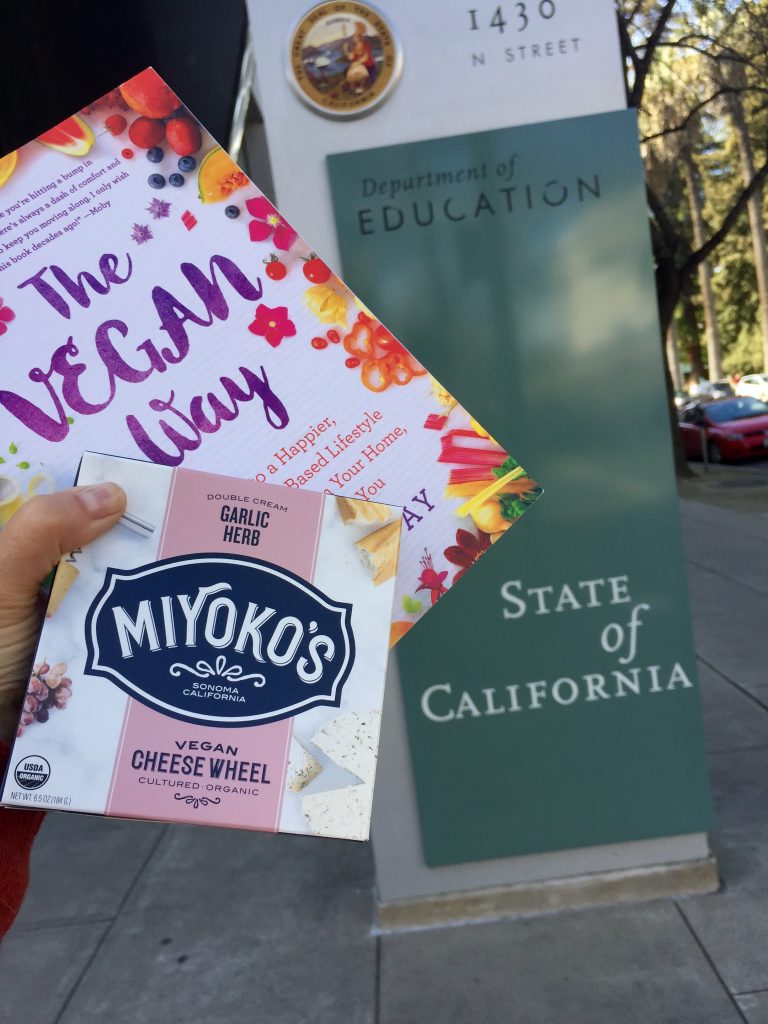 People don’t plan out their meals based on which people are the “friendliest.”

Although a kind voice is likely to get the opportunity chat longer, which can definitely be an asset – that’s for sure!

Publishers Weekly wrote a positive review of my book, The Vegan Way, calling it “friendly and upbeat… this book marvelously succeeds” –  that’s my writing style, but I more than welcome vegans who are on the front lines of non-violent demonstrations demanding justice for all animals. Marching and screaming; I’ve done the same, many times. Fight on, relentless friends.  The world needs you!

And for those angry at the large companies who profit from animal abuse, that are now gobbling up the smaller vegan companies? (Did you know Whitewave’s SILK plant based milk was bought by Danone, the 2nd largest dairy company in the world?!!)

Well, you can boycott them if you’d like; sure! But honestly, can you think of any other way this wonderful transition to all things vegan would occur?

Companies that currently profit from the abuse of animals will likely never walk away from their billion dollar investments all at once; Danone alone is worth over $19 billion! Instead, they’re transitioning to plant-based foods, with increasing speed. The alternative is for them to stay stagnant, and none of us want that.

So, let us applaud ALL who are marching toward justice. Let’s be thankful for the progress we’ve already earned, and keep the pressure on for more.

Let’s thank those who help people AND all animals across all platforms, and be grateful for those who just focus on rescuing dogs and cats, too – which is indeed no small task. 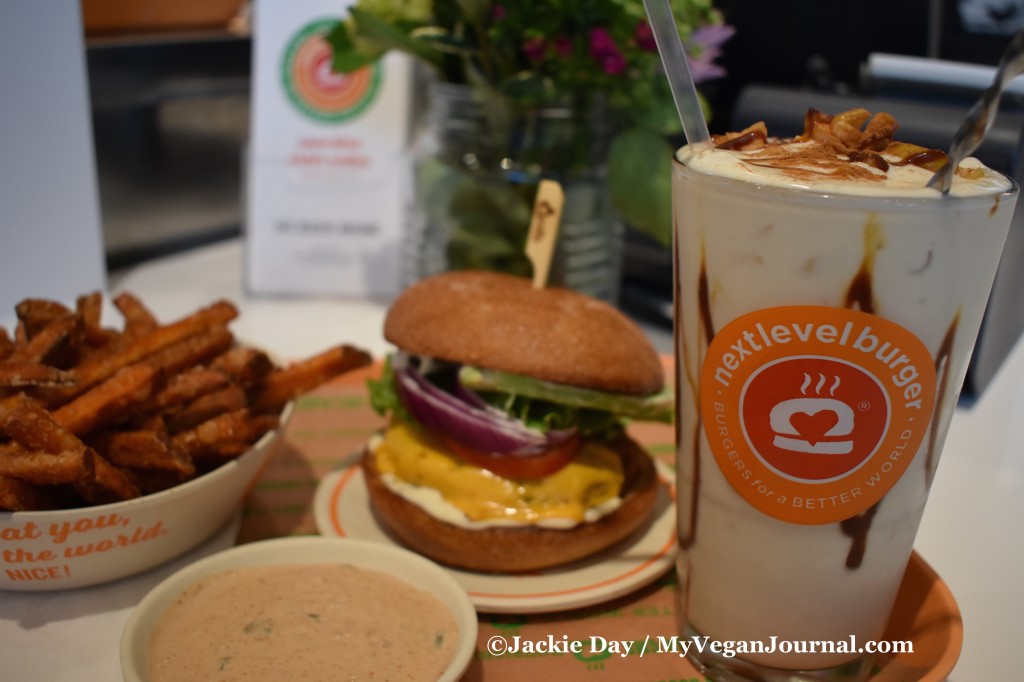 We can both thank Whole Foods Market for their plethora of vegan fare – and for opening vegan restaurants in their stores – and vegan sushi in L.A., too – while demanding transparency when it comes to their so-called “humane” meat.

Let’s come together, for the good of the world. We need everyone, sweet peas. Truly, we do.  And I am grateful for you all.

And now, I’ll take off my dusty mediator hat. I actually have a Masters in Dispute Resolution from the #1 mediation program in the world. Never imagined I’d feel the need to mediate vegans!

Thank you for the opportunity *wink* (have to justify these horrid student loans somehow! lol)

And now, back to cuddling kitties, in my sweat pants and slipper socks with a hot cup o’ joe! Self care and compassion for ALL; and of course, that includes for our fellow vegans, too. xoxo

← Think You’re Saving The World By Ditching Plastic? Here’s Something You Should Know
Federal Jury Awards $50 Million To Those Forced To Smell Feces Blasted Into Air →