BREAKING: Texas Cat Killer Case Turned over to DA for Filing of Charges

For those following the heartbreaking story of Kristen Lindsey, the veterinarian accused of posting a photo of herself proudly holding a cat she allegedly shot with an arrow through the head, the Austin County Sheriff’s office just released the following statement:

“At 7:59 this morning, the Austin County Sheriff has completed the investigation of the Animal Cruelty case first reported to us last Friday. The completed case file has been turned over to the Austin County District Attorney for filing of charges under Texas Penal Code 42.092.” 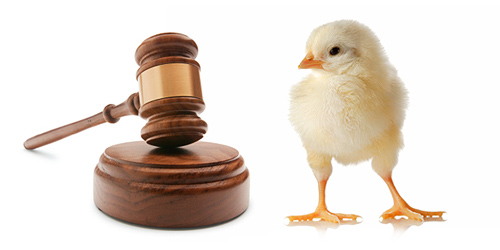 The Sheriff’s Office also noted that they “will not release any further comments or updates to this case” and that “any comments, questions or information requests must be made directly to the District Attorney’s Office.”  This is good news; things are progressing swiftly, as they should be.

Millions of animals die every day, sadly without much fanfare, but there’s just something about this case that struck a raw nerve with so many. I don’t know if it’s because so many folks have orange tabbies with white chests and white boots, as mine does, or because the alleged killer is a vet and we trust that our veterinarians will uphold their oath to protect the wellbeing of our furry friends. Or if perhaps it’s just that smug smile in the photo that screams mass murderer in the making.  When I saw it, I flashed back to memories of Jeffery Dahmer, who also put sticks through cats’ heads; he proudly displayed them in his yard before moving on to killing people.

Perhaps it’s Lindsey’s alleged history of killing animals, noted on her Life Writings from the Lazy Boot blog, which appears to have now been removed.  Lindsey describes her interests to include: “killing things or trying to kill things.”

If that’s not a red flag for a mental illness, I don’t know what is.

I have a feeling it’s a combo of all of this – and more – that has so many of us simply dumbfounded. How could someone be so heartless? How could someone be smart enough to endure the rigors of mastering veterinary medicine, yet be so lacking in common sense no greater than that held by a five year old. How could a mother, who was allegedly equally proud of the kill, happily document it with a photo?  Nothing makes any sense here. Just makes the mind swirl and a good heart weep.

I can’t give any legal advice, but it appears that if the accusations are true, she will be charged with Cruelty to Non-Livestock Animals (citing subsection 8: torture), of the Texas Penal Code 42.092.  Under Texas law, this is a felony. Based on what I’ve read, I don’t see any applicable defenses.  I’m posting the full text below for those who are interested.  As always, thank you for being a voice for the voiceless. May justice be served. Today, and every day.  Compassion for ALL.

(a) In this section:

(1) “Abandon” includes abandoning an animal in the person’s custody without making reasonable arrangements for assumption of custody by another person.

(3) “Cruel manner” includes a manner that causes or permits unjustified or unwarranted pain or suffering.

(4) “Custody” includes responsibility for the health, safety, and welfare of an animal subject to the person’s care and control, regardless of ownership of the animal.

(5) “Depredation” has the meaning assigned by Section 71.001, Parks and Wildlife Code.

(8) “Torture” includes any act that causes unjustifiable pain or suffering.

(b) A person commits an offense if the person intentionally, knowingly, or recklessly:

(1) tortures an animal or in a cruel manner kills or causes serious bodily injury to an animal;

(2) without the owner’s effective consent, kills, administers poison to, or causes serious bodily injury to an animal;

(3) fails unreasonably to provide necessary food, water, care, or shelter for an animal in the person’s custody;

(4) abandons unreasonably an animal in the person’s custody;

(5) transports or confines an animal in a cruel manner;

(6) without the owner’s effective consent, causes bodily injury to an animal;

(7) causes one animal to fight with another animal, if either animal is not a dog;

(8) uses a live animal as a lure in dog race training or in dog coursing on a racetrack; or

(d) It is a defense to prosecution under this section that:

(1) the actor had a reasonable fear of bodily injury to the actor or to another person by a dangerous wild animal as defined by Section 822.101, Health and Safety Code; or

(2) the actor was engaged in bona fide experimentation for scientific research.

(f) It is an exception to the application of this section that the conduct engaged in by the actor is a generally accepted and otherwise lawful:

(1) form of conduct occurring solely for the purpose of or in support of:

(A) fishing, hunting, or trapping; or

(B) wildlife management, wildlife or depredation control, or shooting preserve practices as regulated by state and federal law; or

(g) This section does not create a civil cause of action for damages or enforcement of the section.