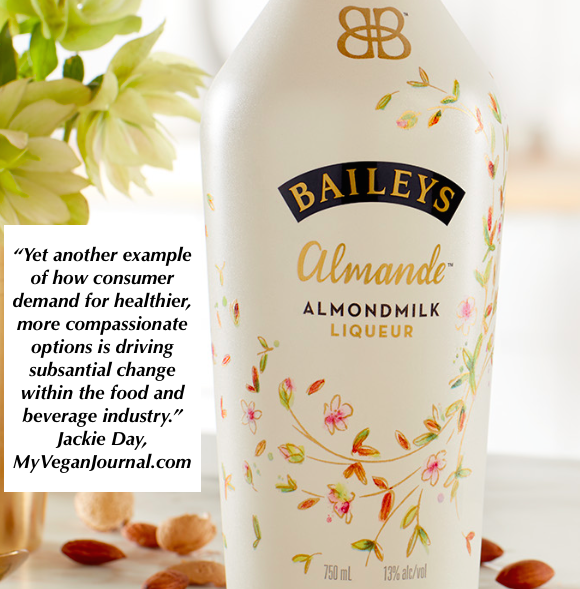 Well, here’s something to toast to! Baileys, makers of the infamous Baileys Irish Cream, has decided to ditch dairy milk in their latest creation and embrace a vegan addition instead: almond milk! The new liqueur is set to hit store shelves next month!

Anxious to hear the “why” behind it all, I spoke with a representative at Baileys and was told it was due to the shift towards plant-based foods. It’s what folks are asking for. I was told it’s because Baileys wants to “get with the times.” I almost felt silly for even asking.  Duh, of course that’s why! Guess I just wanted to hear it again. Music to my ears!

Times they are a changin’. Stay in the loop for all the vegan scoop, right HERE. Cheers!