10 [ vegan ] Things to be Happy About Right Now 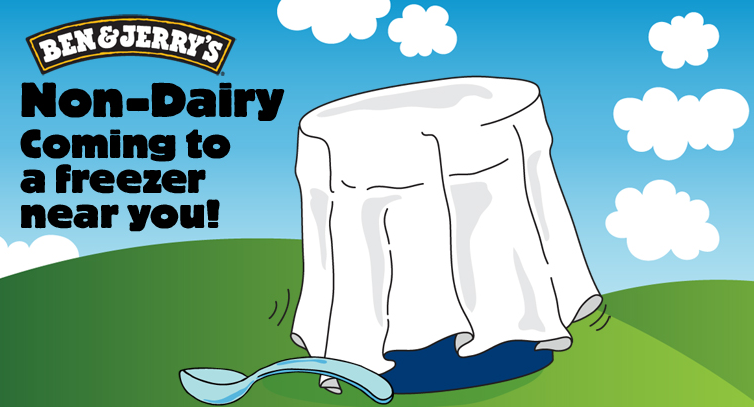 Writing about Ellen DeGeneres’ transgression from vegan to selling animal parts last week was more than a bit of a downer.

I know sometimes folks slide backwards if they’re just in it to improve their health, or to protect our environment (both great reasons, btw!), but when people go vegan because they make the connection and don’t want to harm animals anymore, most stay vegan. She is truly an anomaly (I’m being polite).

So today, I thought to kick off the new week with 10 vegan things to be HAPPY about right now because this train is moving full speed forward, with or without Ellen. There’s no stopping an idea whose time has come: Compassion.  It’s  happening! 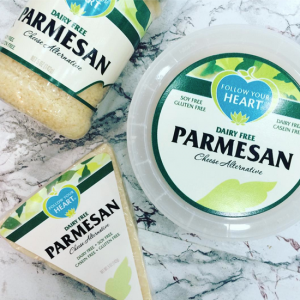 Check out all of this good stuff that’s making the world a better place!

1. Did you know Ben and Jerry’s is making a VEGAN ice cream?!  Yep, it’s true! Coming to a freezer near you in 2016! I have the biggest vegan sweet tooth ever, so this makes me extra happy! It will either be made from coconut milk or almond milk. Non-GMO too. So exciting!

2. Helloooo! There’s a new vegan cheese in town! Follow Your Heart just debuted their NEW Vegan Parmesan Cheese at the Natural Products Expo East! It comes in a shaker, shreds and a block. Hurray!! Most male baby calves are torn from their mothers within 24-48 hours of birth, so they can be sold off to the veal industry, so the more vegan cheese on the market, the less dairy cheese consumed, and that’s great news for the cows – and our taste buds! 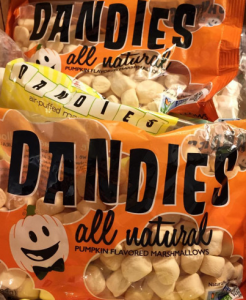 3. But wait, there’s more! More, more, more! You see, foods made from plants are selling like [vegan] hotcakes, so there’s a lot of new vegan food hitting the shelves this fall! Chicago Foods is shipping out their Dandies Pumpkin Marshmallows to  stores as we speak, and there’s a new vegan condensed milk too – made from coconut milk! AND it’s organic! My mind is swirling with scrumptious cooking ideas that involve all things caramel!

There’s also a new burger from Tofurky, and more jackfruit (a giant fruit from India that vegans use for all sorts of things – including a substitute for pulled pork), and a new vegan egg product called The Neat Egg. YES! 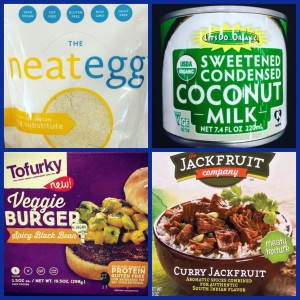 4. New Mac & Cheese in the House! Eating a fresh, whole foods, plant based diet is best, no doubt, but for those transitioning to becoming vegan, or for a special treat, there are two new types of vegan mac & cheese hitting the shelves right now: Annie’s “Elbows & Creamy Sauce” which is also gluten free, and “Shells & Creamy Sauce” – both of which are organic. Earth Balance has a new gluten-free vegan version of their Mac & Cheese too. Something for everyone! Btw, if you want to make your own, just experiment with a little bit of vegan butter, nutritional yeast, and a dash of turmeric to give it a bright yellow color. It’s SO easy to be vegan!

5. Vegans in Politics! Kerry McCarthy, a vegan for over 20 years, was just appointed Agricultural Minister, the head of all farming policy, in the United Kingdom! In her blog, Kerry wrote that most UK farm animals “spend their entire lives crammed inside dark, filthy sheds” and “they don’t get to breathe fresh air until they are on their way to the abattoir, where many have their their throats slit while they are still conscious.”

Although Kerry says she won’t let being vegan influence her when it comes to politics, I’m certain her appointment is great news for the animals, and I’m darn tootin’ happy about it! Can we please have a vegan in charge of the USDA? Please?

6. Cowspiracy (Executive Producer, Leonardo DiCaprio) just started streaming on Netflix! This documentary shows the direct link between eating animal products and the destruction of our planet. If you’re trying to figure out what flick to watch next weekend, check it out and spread the word.

7.  7-Eleven, the largest convenience store in the WORLD, just switched out all of its egg-based mayo for plant based mayo! All 7-Eleven sandwiches are now made with Hampton Creek’s “Just Mayo,” and that’s just fantastic! 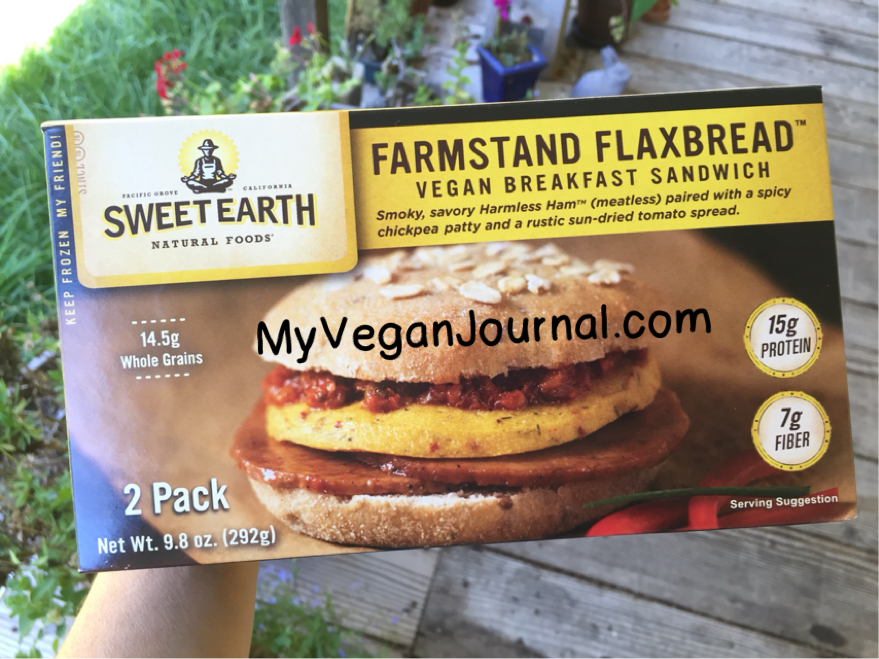 8.  Thanks to the public outcry, Whole Foods Market just stopped selling bunny meat!! HURRAY! Would be nice if they stopped selling all animals, but this is definitely a step in the right direction and worthy of celebration! Thanks to all who advocated on behalf of the bunnies! Your voices were heard, and action taken.  “Never doubt that a small group of thoughtful committed people can change the world, indeed it’s the only thing that ever has. ~ Margaret Mead

9. Just got back from a tour of Sweet Earth Natural Foods (so much fun!) and was given a box of their new Vegan Breakfast Sandwiches that are about to hit the shelves!! They’re made from their smoky, savory “Harmless Ham,” along with a chickpea patty and a rustic sun-dried tomato spread! All of which is on a soft flaxseed bread. They look SO good.  I think I’ll eat them tomorrow for breakfast! 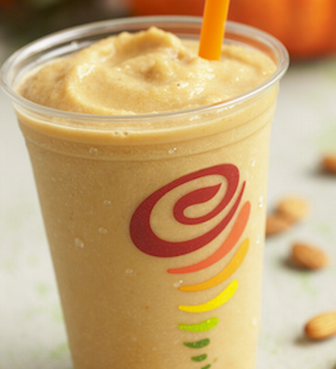 10.  Look what’s happenin’ over at Jamba Juice! They just introduced new VEGAN seasonal smoothies (pumpkin, matcha green tea, and peanut butter & berries) – they sound SO good, but even better… check out how they introduced them on their website!! WOW!

“Sorry Dairy, things weren’t working out. We just found someone else – ALMOND MILK. It makes smoothies that are nutrient-rich, indulgent and Better-For-You. We promise, it’s not you, it’s us.” ~ Jamba Juice.

Are times changin’ or WHAT?! That’s awesome! 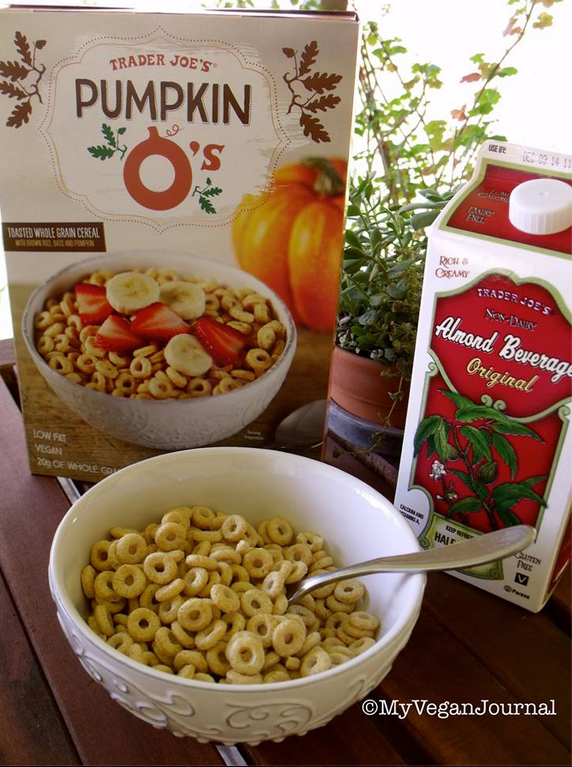 And what would a “Top 10” list be without a number 11, eh? I can’t help that there’s so many vegantastic things going on! #11! Trader Joe’s Pumpkin O’s are back! I’m enjoying some with almond milk right now.

Pumpkin EVERYTHING.  Tis’ the season!

Have a great week everyone! See y’all back on facebook!

“Animals are my friends… and I don’t eat my friends.”