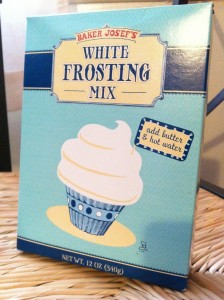 I eat SO much of the batter of whatever I’m making that it’s a miracle if enough makes it into the oven to become much of anything. However, I managed to get enough into the oven this week to make an entire spice cake! I think it was supposed to be two layers, but after sampling, I had enough to make one 🙂 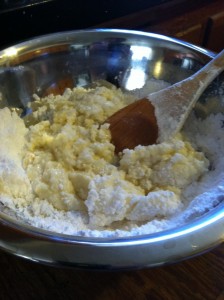 I’m usually short on time and sometimes I just grab a can of frosting at the supermarket. Can you believe the Classic Vanilla Duncan Hines Creamy Home~Style Frosting is vegan? The problem is that there are SO many ingredients on the list that it kind of creeps me out that I’m eating so many artificial flavors and preservatives. I’m vegan for the animals, but my “that’s not very healthy” radar does kick in from time to time. While the Duncan Hines frosting is far healthier than eating one made from antibiotic infested cow boob juice and other coagulated cow stuff, I still wanted something that was relatively cheap, easy and healthier.

All you do is add vegan butter in lieu of the coagulated cow boob juice butter (I used Earth Balance Natural Shortening this time but any vegan butter will do!) and a bit of water. I eyeballed it.. just enough till it has that creamy frosting texture! Watch out though! A tiny bit of water goes a long way and it will become too runny very fast if you’re not careful! You can also add a tiny dash of vanilla extract or any other flavors that make you happy! 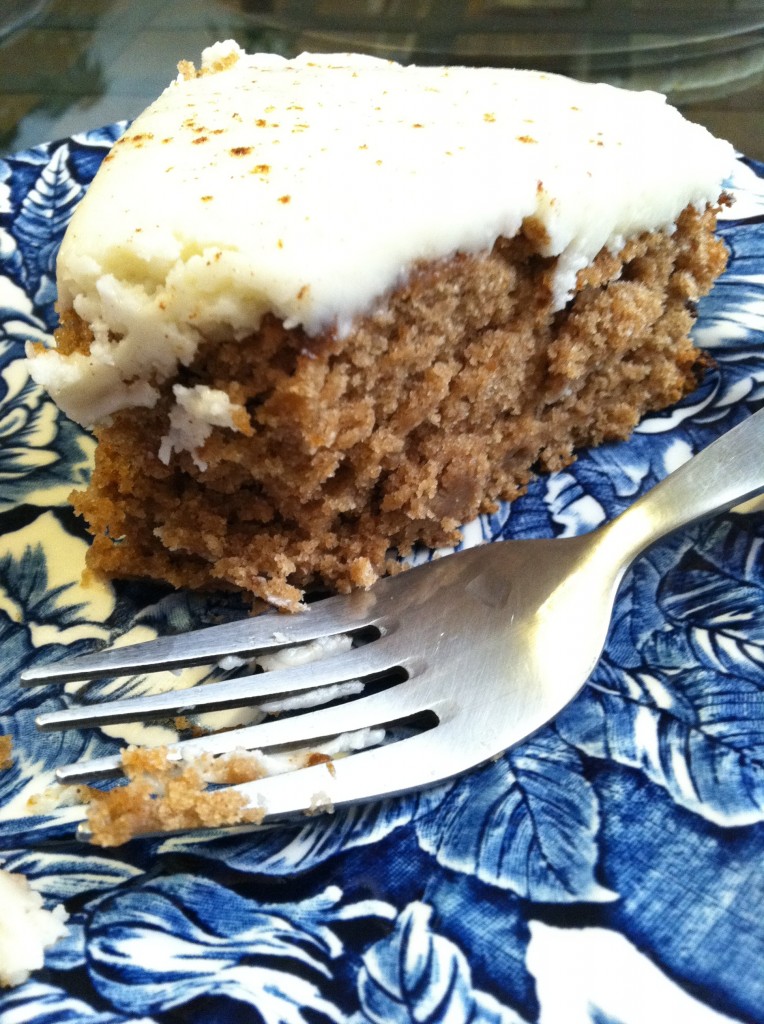 And voilà! Yummy vegan frosting with simple ingredients that you can pronounce! I smoothed it over the top of the cake and then added a splash of Trader Joe’s Pumpkin Pie Spice for an extra kick. Cinnamon, ginger, lemon peel, nutmeg, cloves and cardamom! Mmmm, delicious!