Vegan pizzas are easy to make at home, but if you’re short on time – no worries! Vegan options at restaurants are sprouting up across the nation. Here’s just a few =) 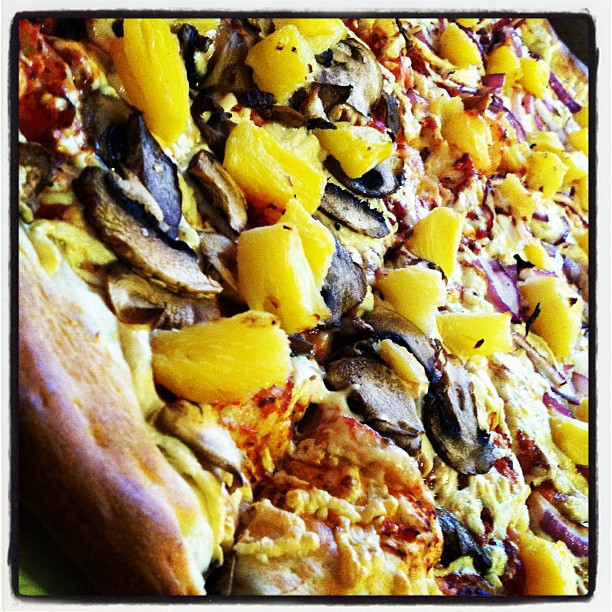 Pizza Fusion, located in seven states, from California to Connecticut
Their motto? “Saving the Earth One Pizza at a Time” ! They power consumption through wind energy certificates, use hybrid cars for delivery, and offer organics classes for kids. How fantastic! 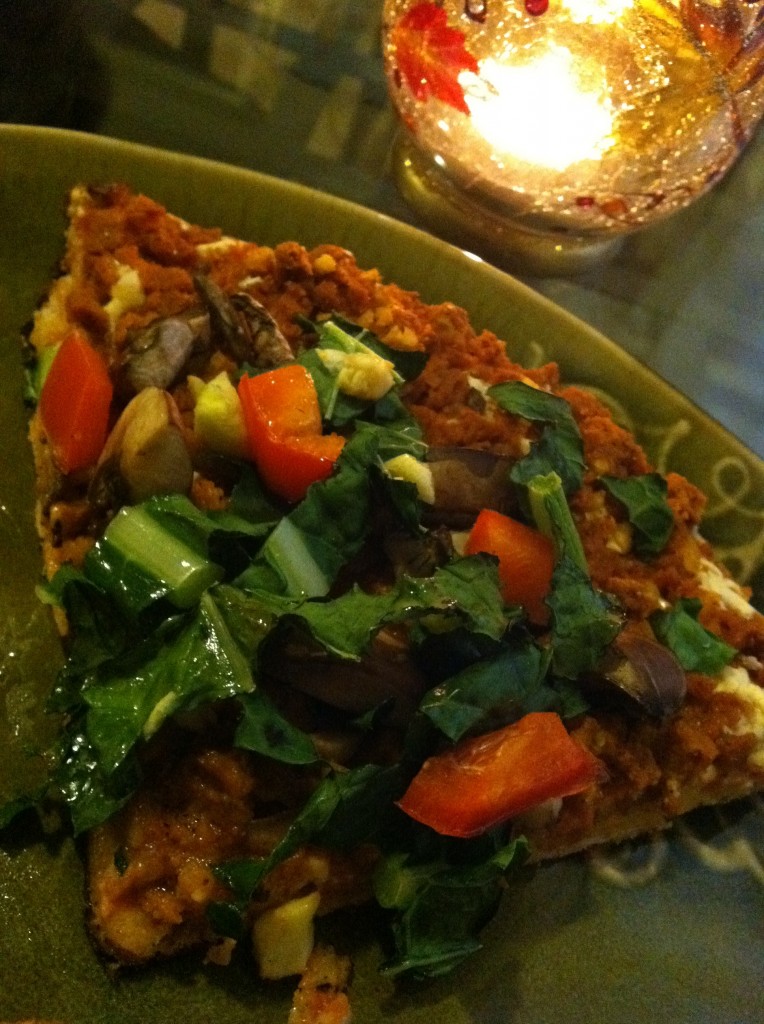 Slice, The Perfect Food, New York, NY
Lots of vegan options at this pizzaria in the big apple!! =)

zPizza, 16 states across the country
Lots of them here in sunny California! They use Daiya cheese, organic ingredients and even offer gluten free options =)

Can’t find a vegan pizza parlor near you? Well, here’s a vegan Tofutti Pizza that I popped in the oven! You can find it at Whole Foods, Ralph’s and lots of other supermarkets! This one is vegan “pepperoni” and I added some fresh organic kale and other nifty veggies to jazz it up a bit and make it healthier! Amy’s makes a delicious Vegan Pizza too! (and often you can find coupons for it!)

Trader Joe’s and Whole Foods Market also have vegan pizza dough in their refrigerator section that you can toss yourself! My husband tosses it SO high, it almost touches the ceiling! It’s a little stressful to watch, but the pizza is well worth it! lol