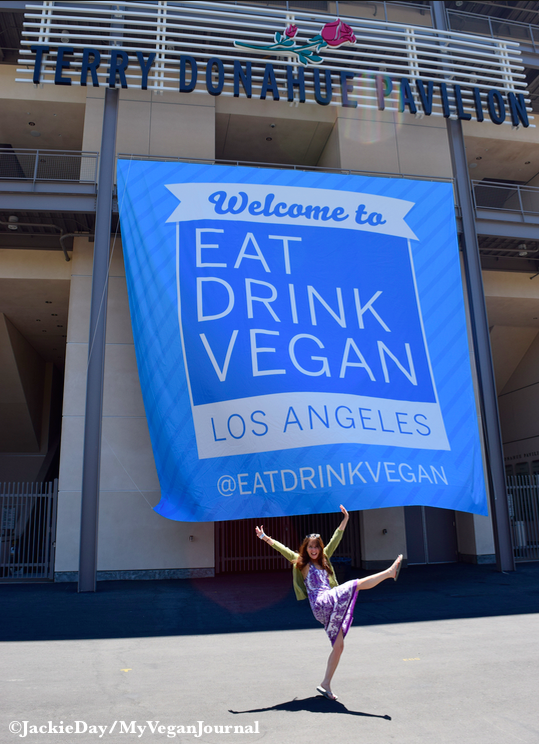 Nearly 9,000 folks attended the first Eat Drink Vegan festival on Saturday, and let me tell you, it was a smashing success!

What began five years ago as a small event nestled in the back patio of a Hollywood club, has now exploded into a huge and spectacular smorgasbord of good food, booze, music and fun!

Long gone are the days of a few food trucks and a handful of beer vendors; this year’s event hosted 200 different beers, wine, kombucha, cold brew and craft sodas, as well as over 70 vegan food trucks and booths.

I caught up with Nic Adler, co-producer of the event, and fellow vegan for over 20 years, and I asked him why he decided to change the name from the Vegan Beer and Food Festival to Eat Drink Vegan.  Nic explained that he wanted the event “to be a little more inclusive of people who don’t drink” and more of a “food and wine event.”

Nic said he “wants vegan to be looked at as something sophisticated” and by taking “beer” out of the title, the event could expand, and I’ve got to say, I think that’s good thinking.

I don’t drink alcohol, so for me personally, I’d choose an Eat Drink Vegan festival over a “Beer” Fest.

I was ecstatic to see that Kale and Aubry, of the Herbivorous Butcher, traveled all the way out from Minneapolis to serve up their Buffalo “Double-Down” and you can see by the line in the photo, it was SUPER popular! Keep in mind that’s just the line to purchase the food; there was a second, equally long line to pick it up once ready.

Long lines at a vegan food and drink festival aren’t a bad thing; they’re a strong indication of the widespread shift in eating habits that seasoned advocates, like myself, have long awaited. And keep in mind, this is for an event with tickets that range from $40-$100 bucks. It wasn’t a “freebie” gathering.

With such a huge turnout, It’s no surprise that so many folks are investing in vegan companies; it’s not only a sign of the times, it’s indicative of the future. 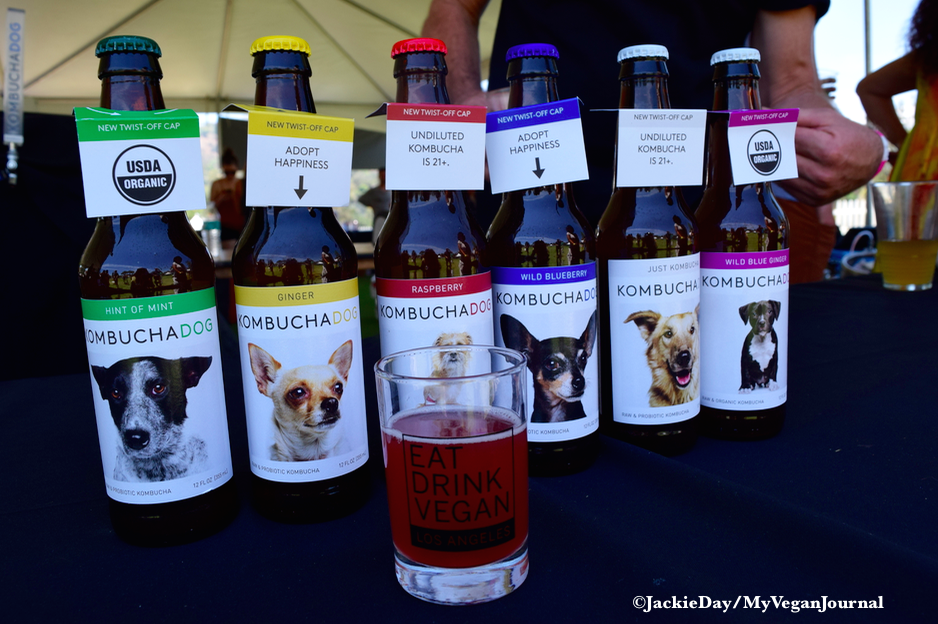 I was also delighted to see Colleen Holland of VegNews Magazine, Gardein with their awesome fish-less fillets, and scrumptious samples of Follow Your Heart’s grilled cheese sandwiches. I also really enjoyed the free-flowing kombucha booths; a probiotic paradise. So healthy! And Doggone Good’s Vanilla Cream Soda was particularly tasty!

Kombuchadog even created bottle labels with photos of dogs in foster homes. They’ve made150 different labels so far, and 130 dogs have already been placed into permanent homes.  That’s awesome! 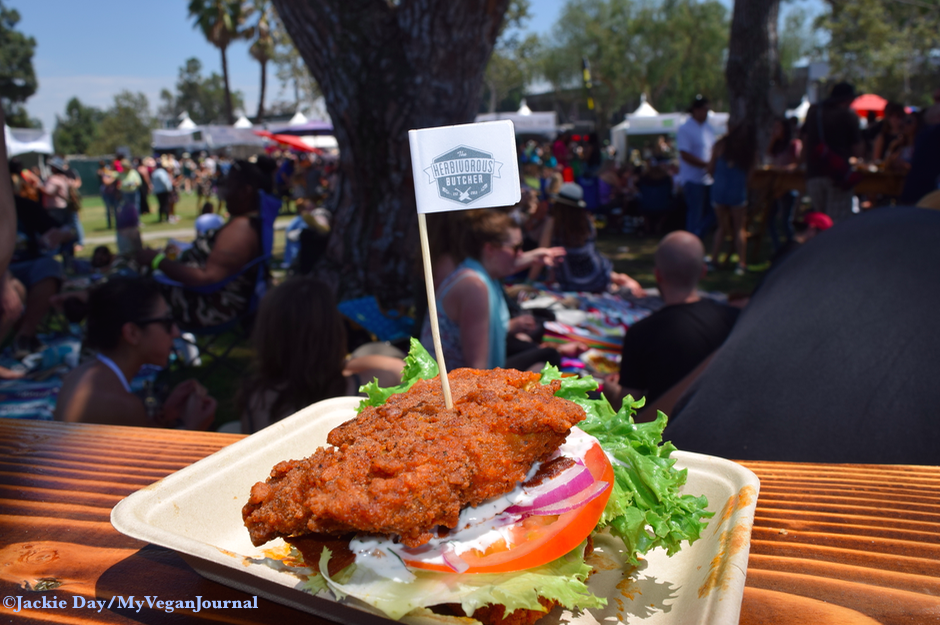 There were plenty of super cool stickers, buttons, accessories and t-shirts by all sorts of cruelty-free vendors including Bungalo360, MooShoes and Herbivore Clothing Company. And plenty of shady spots on the lawn to relax with a sample of vegan beer.

But best of all were all the people in attendance, who by the way, have been – on average over the years – about 60% non-vegan folks. What’s not to love about non-vegans gobbling up vegan food? Makes me SO happy!

Ellie Laks, founder of The Gentle Barn, understood this too. She took the stage and announced to the crowd that they may think they’re just enjoying “vegan beer and donuts,” but more importantly, their presence is changing the world. 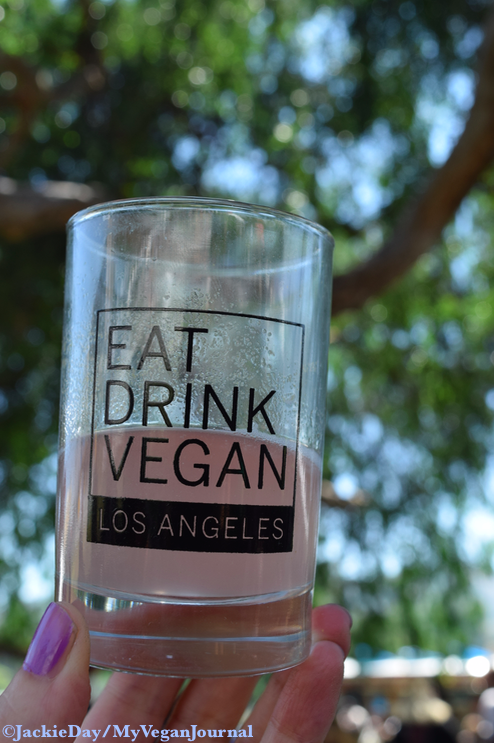 And it’s true.  I remember visiting the Gentle Barn back in the late 90s when it was simply a handful of rescued animals in Ellie’s Tarzana backyard.  Now the animals have two locations: over 170 animals on six acres in Santa Clarita and a second new location in Tennessee.

Compassion is growing, and fast.

My husband and I drove five hours each way to attend yesterday’s Eat Drink Vegan festival, and seeing everyone enjoying themselves SO much, knowing that not a single animal was harmed for food or fun, certainly made the trip worthwhile. And the tasty fare was icing on the vegan cake!

Here’s to a fantastic Eat Drink Vegan celebration, and to many, many more! Cheers!