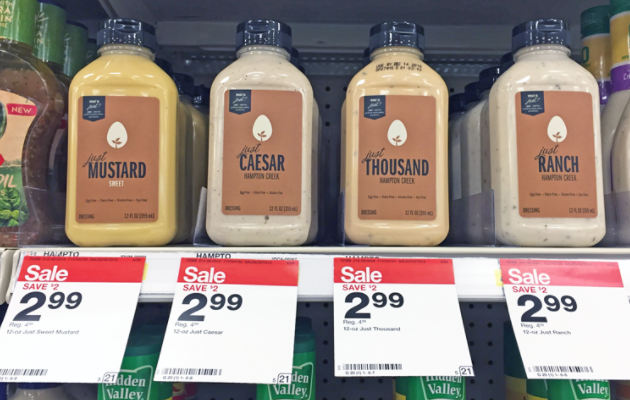 Don’t bother taking that jar of Just Mayo to the checkout at Target; the register won’t recognize the product, and it won’t be going back on the shelf.

Today, Target announced that it’s removing all of its Hampton Creek products from store shelves, and if you try to buy any before they grab em’, they’ll take them away from you at checkout. 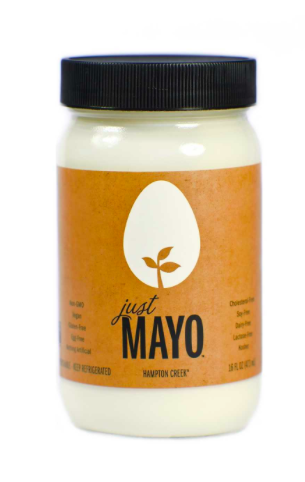 According to Bloomberg, Target received a slew of accusations against Hampton Creek including alleged food safety concerns, as well as the “manipulation and adulteration” of its products.

Claims of salmonella and listeria, as well as undisclosed GMO ingredients top the list of concerns; they’re even worried Hampton Creek has secretly been putting honey into its vegan sweet mustard dressing.

I sent Hampton Creek a “tweet” to ask if there really is honey in the dressing, and they replied with the following:

“We’re glad to hear that you enjoy Just Sweet Mustard, which complies with all FDA labeling requirements. The allegations are false. We look forward to working with Target to bring this to a quick resolution.”

Target hasn’t confirmed any of the allegations; not a single one. Nor do they know of anyone who has become sick from eating Hampton Creek products.  They’re just reacting with “an abundance of caution.” So Hampton Creek may likely emerge “Just” fine, as loyal customers take their business elsewhere. (Walmart, Kroger, Whole Foods Market, etc. still carry Hampton Creek!)

Thanks to loose regulations surrounding “natural flavors,” you really can put honey into a product without the consumer knowing.

I talk about lax food regulations at length in my new book, The Vegan Way (St. Martin’s Press/Macmillan).  Heck, there’s even a “vanilla” flavor that’s derived from beaver butt that qualifies as “natural flavor.”

And a researcher in Japan even figured out how to make natural “vanilla” flavor from cow poop, too! Harvard gave her an award for it! Not kidding!  Oy.

So while it might comply with FDA regulations, it wouldn’t be very “just” of Hampton Creek to not disclose honey, considering SO many vegans adore their food.  I’d feel duped.

Transparency in food production is a hot button these days. And I’ve gotta admit, I am all for it! Vegan, or not, everyone deserves to know exactly what’s in their food.

Let’s hope Hampton Creek can respond swiftly to put everyone at ease, and get that alleged $5.5 million/year in sales from Target back into their pockets.

Reaching a $1.1 billion valuation, with products in over 20,000 locations after a mere six years, I have no doubt Hampton Creek’s CEO, Josh Tetrick will sort this all out.

Until then… there’s always Unilever’s “Best Foods” Vegan Mayo sitting pretty on Target’s shelves. Is that a smirk I detect? If only a jar of vegan mayo could talk 😉

And the Vegan Mayo Wars continue….

← Top 10 Vegan Moments at Natural Products Expo West 2017!
A Vegan Burger To Satisfy The Meat Eaters In Your Life →