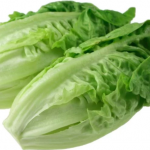 by Jackie Day on January 4, 2018 in environment, news, vegan

ShareOver the past several weeks, 58 people have become ill in the United States and Canada, likely from eating romaine lettuce tainted with E. coli. One person has already died. The Canadian government confirmed that the sudden outbreak of E. coli infections is linked to romaine lettuce. Meanwhile, the United States Center for Disease Control is still trying to figure out… Read more → 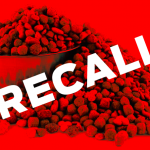 SharePentobarbital is the drug many animal shelters use to kill animals, so what in the heck is it doing in dog food?  Well, those dead homeless or abandoned family “pets” are often scooped up by companies who grind them up, and turn them into “pet” food. Los Angeles alone sends out about 200 tons of dead “pets” to be sold out… Read more →

Share Or “Companion Animal” Food Recall Expands, as I like to say… Most of you may be aware of the huge pet food recall that’s underway and I just wanted to let you know that you should probably double check to see if the brand you feed to your animals is on the list, as additional companies continue to be… Read more →