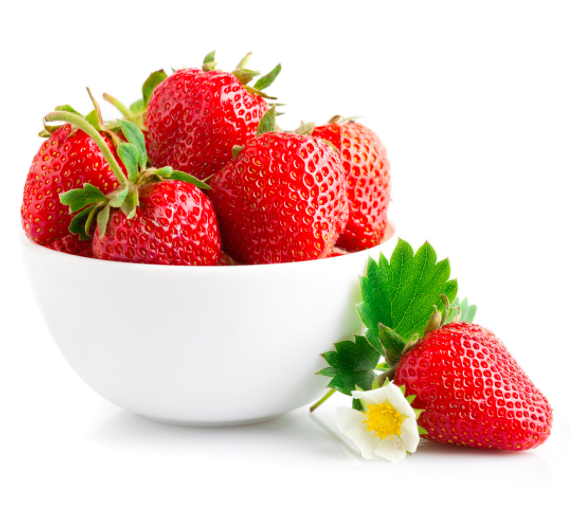 Why are strawberries suddenly #1?  Let’s take a look!

* Between 2009-2014, strawberries had, on average, 4.75 types of pesticides left as residue on the berries, whereas, other produce had about 1.74 pesticides left.

* Some of the pesticides strawberry growers use have been linked to cancer, as well as reproductive and neurological damage.

* In California, where most strawberries are grown, farmers dump 300 pounds of pesticides on the land per acre! Not only do the toxins kill bugs and other wildlife, they float in the air to nearby schools and neighborhoods. And as you can imagine, many folks probably don’t have the option of moving – especially those who work in the fields. 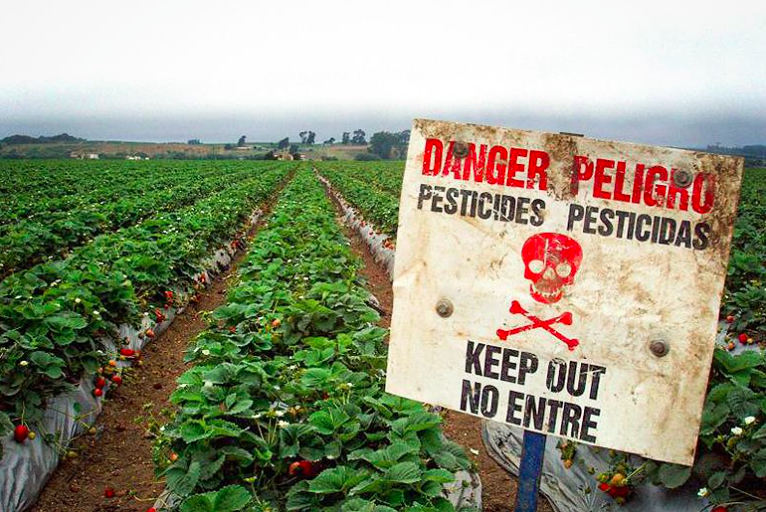 * Perhaps most shocking, according to the Environmental Working Group, strawberry growers “use jaw-dropping volumes of poisonous gases – some developed for chemical warfare but now banned by the Geneva Conventions – to sterilize their fields before planting, killing every pest, weed and other living thing in the soil.”

It’s impossible for most folks to buy 100% organic produce, 100% of the time; sometimes it’s too expensive, and sometimes it’s just not available.  No matter what though, conventional strawberries are off of my shopping list.  They have been for a long time, but now, there’s even more reason to skip the toxin-doused berries. 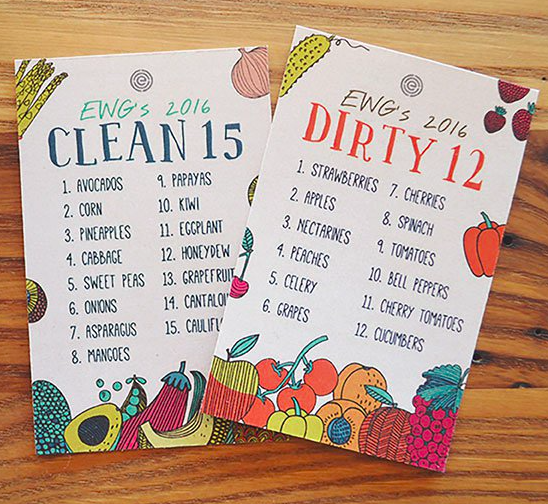 To make educated shopping choices, check out the annual Environmental Working Group’s Dirty Dozen and Clean 15 Lists. I don’t worry too much about the conventional produce that’s on the Clean 15 list, but I do my very best to avoid those on the Dirty Dozen, especially those towards the top.

Education is power, and health is wealth! Here are EWG’s new lists – just announced today – so you can make sound choices when it comes to shopping for healthy food.

I’ll keep buying lots of conventional avocados (hurray!), but only organic when it comes to strawberries, apples, nectarines, peaches and celery, that’s for sure! I also try to avoid conventional tomatoes and I generally skip non-organic grapes too. If you go to the farmers’ market, you should be able to find organic produce at a good price.

If you’re interested in learning more about pesticides, watch Food Inc. or check out the classic, Silent Spring, by Rachel Carson.

“But man is a part of nature, and his war against nature is inevitably a war against himself.”