SeaWorld Announces No More Breeding – Current Orcas will be its Last 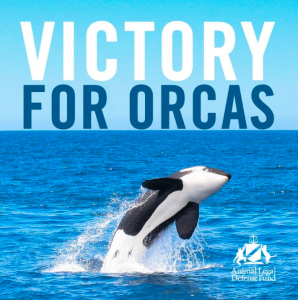 Looks like a little luck of the Irish has fallen upon the animals today.  SeaWorld announced that the orcas currently in its care will be its last.  They will no longer breed them.

SeaWorld’s CEO Joel Manby said, “As society’s understanding of orcas continues to change, SeaWorld is changing with it.” Understanding? Yeah, we understand all right. The orcas are held captive their entire lives in an area which to them is the size of a bathtub. We also understand that you’re sick of losing money because, thanks to the relentless efforts of advocates, and the widespread viewing of Blackfish, the word is out: SeaWorld stinks.

Today’s announcement is huge. As the current orcas pass on, they will no longer be replaced with new ones, and soon children will grow up in a world where these beautiful animals are not held captive to perform tricks upon command. Instead of a small tank, they will swim in the vast ocean, where they belong. 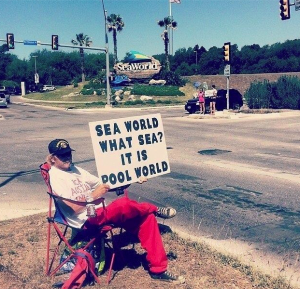 Thank you to PETA, The Humane Society of the United States, and every organization that over the many years worked so hard on making today’s news become a reality. Thank you to  CA Representative Adam Schiff (D-Burbank) who threatened to introduce a Federal Bill to end all captive breeding of orcas. Thank you to the California Coastal Commission who stood up to SeaWorld when they asked for permission for a $100,000,000 expansion by saying SeaWorld could expand only if they stopped breeding Orcas.  And thank YOU to every individual who ever enlightened anyone, in any way, to the horror of the sadistic SeaWorld “shows.”

Cruelty is not, nor will it ever be, entertainment.