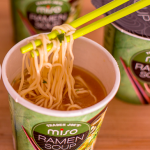 ShareThanks to popular demand, Trader Joe’s just launched a scrumptious VEGAN Miso Ramen Soup!   The soup comes complete with yummy noodles and two flavorful packets: one with dry seasonings rich with flavors of miso, garlic and shiitake mushrooms.  And there’s a small oil packet, too, made with a blend of sunflower and sesame oil.   And, there’s a few… Read more →

SharePlant-based vs. vegan. In your face activism, vs. armchair advocacy.  Single issue animal welfare groups, vs. multi-issue animal rights groups. A healthy whole foods plant-based diet vs. processed, vegan food that looks like meat. What side are YOU on? I’m hoping you’re cheering for all sides, but that’s not what I’ve been witnessing lately. Angry fingers waiving, social media tongues… Read more → 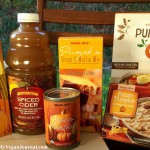 Share Trader Joe’s really knows how to pumpkin spice it up when October rolls around, and this year is no exception! Check out all of these new tasty treats, and the return of a few favorites, that are 100% vegan at Trader Joe’s! OK, first… the pumpkin and spice!   Trader Joe’s Pumpkin Bread & Muffin Mix Although Trader Joe’s… Read more → 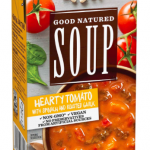 Share Progresso, owned by food giant General Mills (16.6 billion in revenue, FY 2016!), has decided to make vegan soup!  According to their press release, they’re making the move because “consumers are more interested in plant-based diets.” Yep! Now, I know a lot of folks can whip up a hearty vegan soup; I certainly love the soups I make, however,… Read more →

ShareHere’s a another super simple “no~recipe” vegan soup that I whipped up for dinner tonight! As I’ve said many times before, I have lots of beautiful cookbooks, but I rarely use them. I’m more of a “throw whatever sounds good together and test as I go” kind of cook! So here’s what I put in my really delicious soup today!… Read more →

My no recipe vegan & tasty “Everything (even an apple!) Soup”

Share So many cookbooks, so little time? Have a little faith in yourself and whip up something with what you have on hand! Creativity is fun! There’s no recipe for this soup, but I’ll happily tell you what I put into it! First, I had some leftover veggie stock that I put into a very large pot. Then I added… Read more → 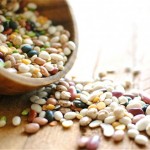 Share So, I finally took the slow cooker I bought weeks ago out of the box! I decided to not use a recipe, and just use up ingredients I had handy in the kitchen. As you know, I’m not much of a cookbook user, just a cookbook collector. I just like having fun in the kitchen & seasoning to taste!… Read more →