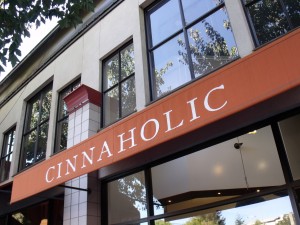 They also have the best University (Go CAL!), but I’ll save the school spirit for another time…

Back to buns! I bought a couple of Groupons several months ago for Cinnaholic in Berkeley and have been aching to use them ever since! 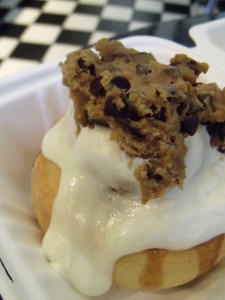 Thankfully, since I’m traveling throughout Northern California this month, I was able to cruise through my old collegiate hood of Berkeley and pop into the bakery to cash in my coupons yesterday and boy did I get some yummy out~of~this~world treats!

Cinnaholic has a huge chalkboard style menu above the counter which lists 29 varieties of vegan frostings and 24 different vegan toppings to smother your sweet smelling, warm & fresh outta the oven Cinnaholic cinnamon bun with!

So many to choose from! 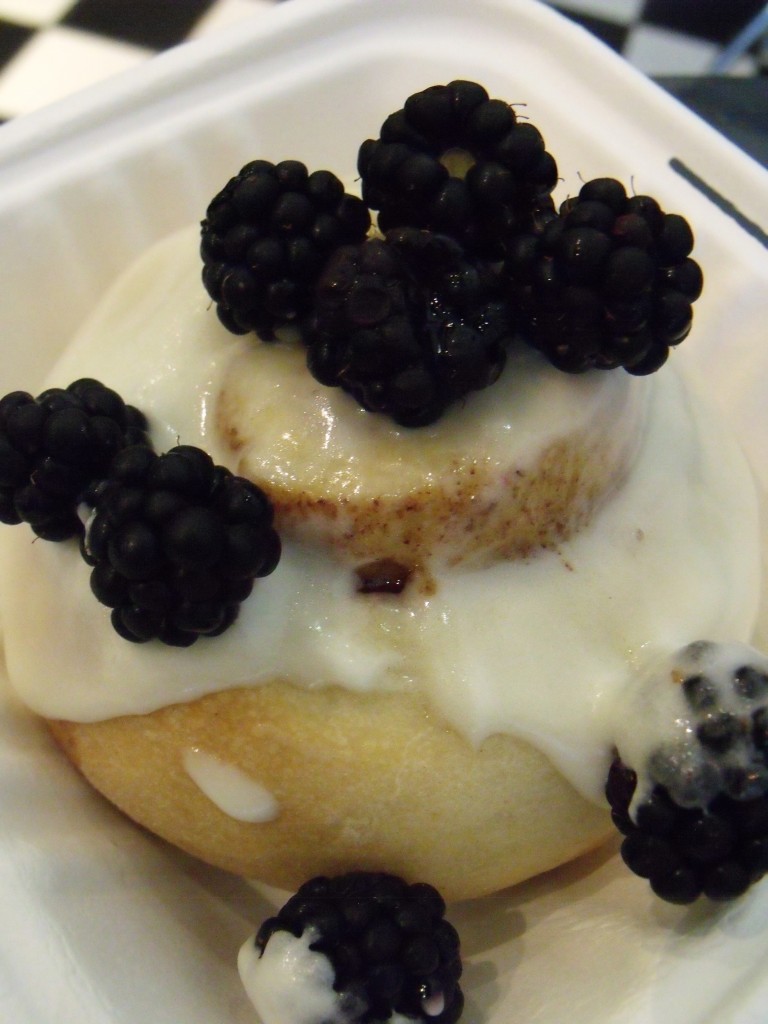 Oh my! All I have to say is they’re as fantastic as they sound! And it’s probably good I don’t live in Berkeley anymore or I’d likely weigh a few hundred pounds!

They are seriously scrumptious and satisfying.