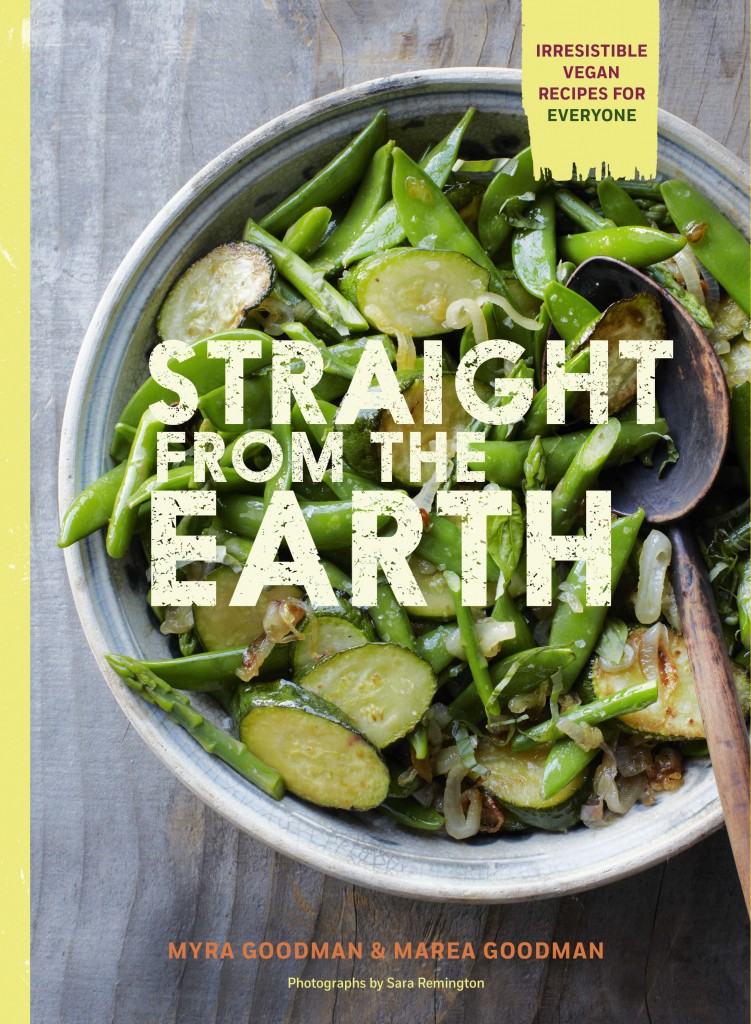 There’s something about autumn that screams squash. And I get really excited when I go to Trader Joe’s and see so many of them, in so many unique shapes and fall colors at a really good price. I used to walk past them because I didn’t really know how to make squash, but not anymore!

I’ve been baking all sorts of squash lately, and today I made Acorn Squash with Crispy Maple Pumpkin Seeds from the Cookbook “Straight from the Earth.” It’s written by Myra Goodman, the co-founder of Earthbound Farm, and her daughter Marea, and it’s packed with 90 vegan recipes which include breakfast, salads, soups, appetizers, entrees, side dishes and desserts.

Myra’s family isn’t vegan, but I love her husband’s remarks after enjoying the vegan dishes:

“My expectations were so different from my experience.  I really thought that the more I ate vegan food, the more I would crave animal products – but it’s been the complete opposite. Now I want less meat and less often; it’s becoming less appealing to me than it was. My whole pattern has shifted.”

If you’ve been following My Vegan Journal for a while,  you know I’m not much of a cookbook person.  I collect them, but I don’t think I’ve used more than maybe a dozen recipes in my life. They’re fun for ideas, but lengthy step by step productions with fancy or hard to find ingredients aren’t my thing.  I like experimenting in the kitchen, sans directions. I take the taste and adjust approach, but when I was asked if I’d be willing to review this cookbook, I couldn’t say no. 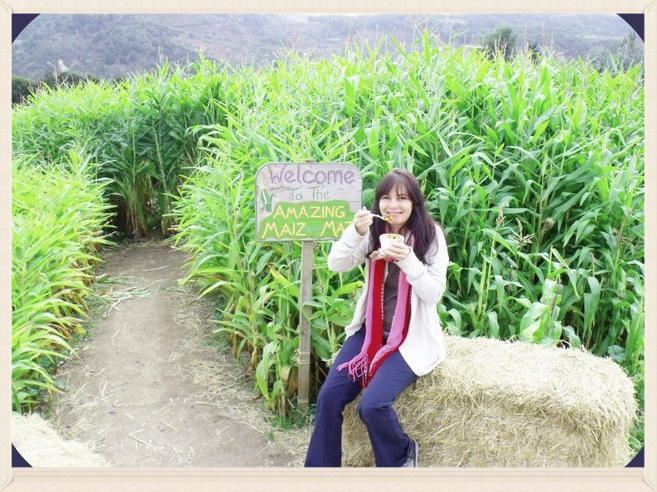 I’ve been going to Earthbound Farm since the 80s. (that’s me at their corn maze eating vegan chili a couple years ago).  It’s in Carmel Valley and it’s so inspiring and peaceful, and more than deserving of an entire post of its own – so stay tuned – I’ll be writing more.  In the meantime, back to the yummy acorn squash.

As for the recipe, I prepared mine without olive oil because: 1) I know some folks are trying to avoid oil in their diet, and 2) I was out of olive oil (heehee). But it still came out great. (and I guess this is where I should admit I added a little extra maple syrup because I have such a big vegan sweet tooth!)

If you’re interested in the cookbook, I suggest taking advantage of the “look inside” feature on Amazon, so you can peruse it first. I recommend doing that will all books, if you see the option.

And as an added bonus, this dish has pumpkin seeds which are a good source of protein and iron. I buy mine in bulk at Whole Foods Market, and I’ve also seen them for two bucks at Big Lots (they have lots of Bob’s Red Mill products there too!). I’m also about to post how I make delicata squash (SO easy!) and for those who don’t really care for recipes, I’ve got some super exciting non-food vegan news to share next.

In the meantime, here’s the DELICIOUS Straight from the Earth recipe for Acorn Squash with Crispy Maple Pumpkin Seeds.  A little maple syrup for the “sweet” and a dash of cayenne pepper for the “heat.” Super healthy and perfect for Thanksgiving.  I love it! 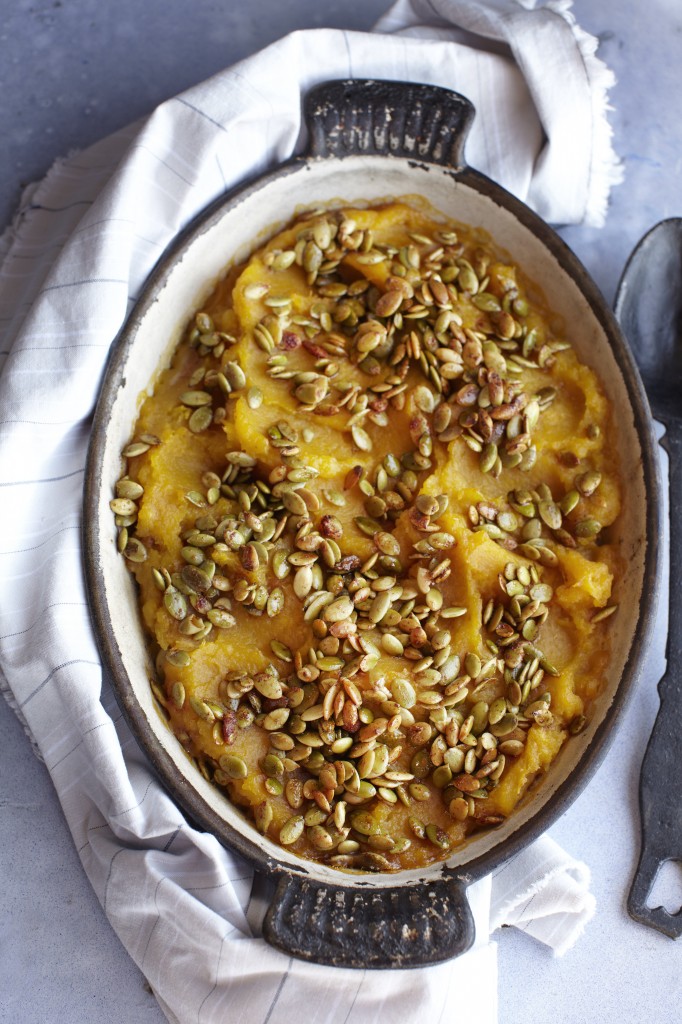 Scoop out the squash flesh with a large spoon. In a medium bowl, mash the squash with a potato masher until smooth. Stir in 1 tbsp of the oil, 1 tbsp of the syrup, ½ tsp salt, and the pepper. Spread the mixture evenly in a 9-by-9-in/23-by-23-cm baking pan.

Make the topping by stirring together the pumpkins seeds, the remaining 1 tbsp of the oil, 1 tbsp of the syrup, and ¼ tsp salt, plus a small pinch of cayenne. Spread the topping evenly over the squash mixture.

Bake for about 20 minutes, or until the topping is golden brown. Serve warm.