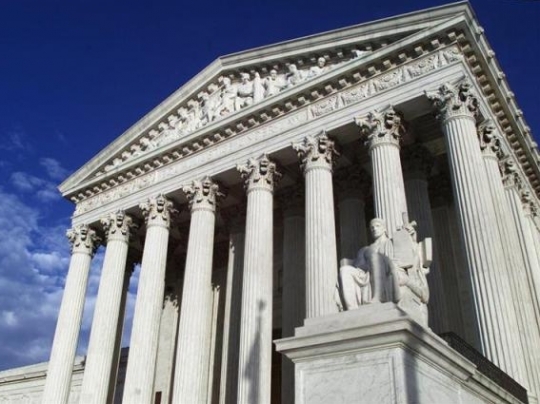 It’s a very sad day for the animals…

Today (1/23/12), Justice Kagen wrote the Court’s unanimous opinion in National Meat Association v. Harris, holding that the Federal Meat Inspection Act (FMIA) preempts a California statute relating to non-ambulatory animals. What does that mean? It means the law that California passed, which banned the slaughter of factory farm animals too sick or hurt to stand, has been OVERTURNED by the United States Supreme Court. Chalk another one up for a sadistic society. And another loss for the sweet animals.

Please read my following blog entry for more insight on the case.

Today (November 10th, 2011), the Supreme Court of the United States heard arguments in a case which will determine whether California voters or out-of-state corporations have the right to decide how injured factory farm animals are treated.

In June 2008, the CA Legislature passed a bill barring the state’s meatpackers and slaughterhouses from selling, buying or butchering non-ambulatory or “downer” animals. The bill was spurred by a HSUS undercover investigation that exposed the horrific abuse of downed cows at a Southern California slaughter plant, the nation’s 2nd largest supplier of ground beef to the National School Lunch Program.

At issue is whether California has the authority to ban the slaughter of animals too sick or hurt to stand, or does federal law, which regulates how federally-inspected slaughterhouses operate, trump or “preempt” California’s “downer” law. 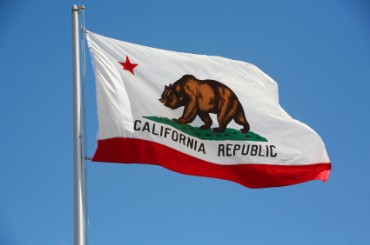 California says it has the right to determine how their slaughterhouses operate.

But lobbyists for the gruesome factory farms don’t care what California wants. They still see these distressed, tortured and incapacitated animals as a commodity. They don’t want to take them out of the food supply and put them to sleep. They want to continue to torment, prod and slaughter the “downed” animals and feed their crippled bodies to children in the school lunch program, and whoever else will sink their teeth into the carcasses. After all, according to the spokesperson for the National Meat Association, animals can sometimes lie down not because they’re sick, but because they’re stubborn or tired. (leaves me almost speechless)

Why don’t we just cut to the chase, straight from the Drovers Cattle Network, “America’s Beef Business Source”:

“Downer animals are a significant cost for meatpackers and slaughterhouses, who not only lose the meat from the animal, but also have to have the animal euthanized.”

And there you have it. 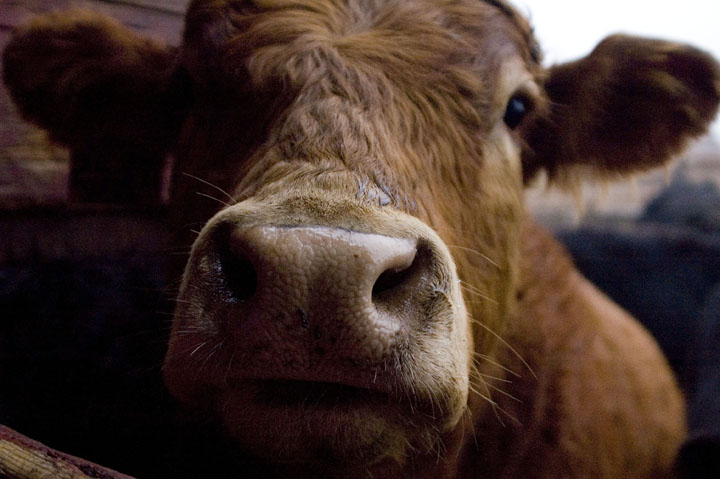 Even if Californians care about the welfare of animals, it’s doubtful they stand a chance against the powerful national meat industry lobby. The U.S. Supreme Court has long ruled that interstate commerce is under federal jurisdiction, trumping any state efforts to regulate it, and sadly, the animals will likely suffer because of it.

The Supreme Court is expected to make a decision on the case very soon. I’ll let you know what happens.

Think good thoughts and thank you for your compassion, in a world of incomprehensible cruelty, that kills me a little more, each day.

(1/23/12: CA law banning the slaughter of animals too sick or hurt to stand is OVERTURNED by the U.S. Supreme Court.)