10 [Vegan] Things to be Happy about Right Now 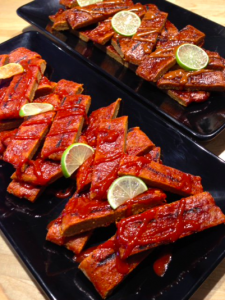 I assure you there are many, many, more than 10 vegan things to be happy about right now, but here’s just a few to kick off a happy weekend!

1.  YamChops, a vegan butcher shop in Toronto, just won BIG on a Canadian show called The Dragon’s Den, which is similar to Shark Tank here in the U.S.  Exactly what did they win? A quarter million smackers towards franchising! And you know what that means… vegan butchers will be multiplying! Hurray! (Btw, also super cool: Bee Free Honee – which is a super yummy vegan honey made from apples – just scored $210,000 on Shark Tank!) 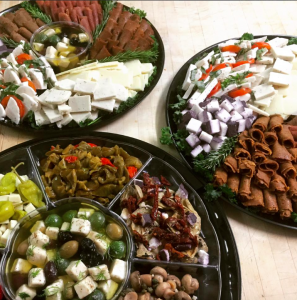 2. Speaking of Vegan Butchers! U.S. Senator Cory Booker (who is VEGAN) is in Northern California right now promoting his new book, United, and he just ordered vegan deli platters from The Butcher’s Son (a vegan delicatessen in Berkeley!) for one of his events. Doesn’t the spread look tasty? If you have a twitter account, you might want to follow Senator Booker.  He often “tweets” little updates about his new vegan lifestyle and lots of inspirational quotes.

3. The Federal Bureau of Investigations (FBI) has announced that it will finally be classifying animal abuse as a Group A Felony, alongside arson and homicide. It was previously just classified as “other.” This is a huge policy shift, and not only important for animals, but for people too, as those who are violent towards people often start off by hurting animals. This change will help everyone! 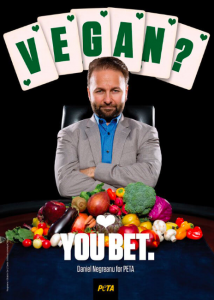 4. Daniel Negreanu, the Canadian professional poker player who has won the World Series of Poker SIX times is, you guessed it: VEGAN! We’ve all heard of the massive shift in athletes who are going vegan to improve their strength and endurance, well, looks like you can stay sharp as a tack with a plant based diet while playing cards too! He knows going vegan is a good deal! *wink*

5. Veganz, the 100% VEGAN grocery store that started in Berlin, Germany and has been popping up all over Europe, is finally coming to the United States! The first Veganz in the U.S. will open in Portland by the end of this year. 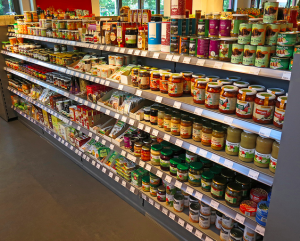 For those of you who have never been to Portland, Oregon, it is a vegan hot spot and I’m sure the store will do very, very well there, paving the way for more stores! I’ll keep you posted!

6. Former President Bill Clinton dined at a vegan cafe in Las Vegas called Simply Pure this week, talked about how much he loved the food, and while chatting with folks, said, “I might not be around if I hadn’t become a vegan.” No matter what side of the political aisle you’re on, it’s always nice when a President spreads a positive thought about a compassionate, and healthy, diet! The press gobbles this stuff up, and spreads the message to the masses like wildfire. Thanks Mr. President!

7. Big Mayo goes Vegan! Remember when Hellmann’s parent company Unilever filed a complaint against Hampton Creek over the name “Just Mayo” claiming that in order for a product to be called “Mayo” it had to contain eggs? Well, not only did they drop the suit (smart move!), Unilever decided to launch its own eggless spread. Heck, if you can’t beat them, join em’! Vegan for the win!

8. Vegan curiosity is rising fast! Between 2014 and 2015, an increase in the search for the term “vegan” on Google, surged by 32%.  That’s in just one year! That’s no surprise considering a report issued by Market to Markets shows that by 2020, the demand for plant based proteins will reach 5.17 billion in sales! They attribute this to an increasing awareness about wellness, and a growing concern for the environment and animals. Not only are folks getting the message, loud and clear, the stats show they’re acting on it. Education = Change! Hurray!

9. The Barnard Medical Center just opened up, and it’s 100% Vegan! The medical center is the creation of Dr. Neal Barnard, an extraordinary physician, researcher, and author. He is an adjunct associate professor of medicine at the George Washington University School of Medicine in Washington, D.C., president of the Physicians Committee for Responsible Medicine, and a fellow of the American College of Cardiology. The medical center is in Washington D.C. and I’m really hoping other branches will open across the country. It sure is nice when doctors really understand the benefits, and power, of a healthy, plant based diet, isn’t it? Hurray for smart docs! 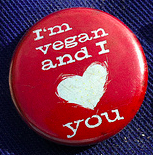 10. I love you. I don’t say it enough, I know, but it’s true: I love you.  Thank you for taking the time to read My Vegan Journal to learn about the many ways you can improve your own health, while improving the wellness of those around you. I know you care deeply, not only about yourself, but for others too, and that makes me happy. Thank you for keeping an open mind, and an open heart. I’m so very grateful for all that you do. Let’s all be happy while we keep spreading those seeds of compassion. I can see them growing; can you? It’s a beautiful world!